OHAI! LOOK! Another Republican who doesn’t *get* Twitter, the Internet – or even Dictionaries

On Wednesday March 27, 2016, MSNBC talking head Jose Diaz-Balart had on some slimeballs from the #NeverTrump ‘movement,’ namely Rory Cooper.

In a clip, Rory used what I would call a bad choice of words, and used the term “Ground Zero” to refer to upcoming efforts – specifically in California – to halt The Donald’s stomp to the Republican nomination this Summer. Now I’m no Drumpf apologist, far from it – I’m on the polar opposite side of the political spectrum, easily. But for a supposed “communications” strategist, that’s a term you shouldn’t use, especially not in #NeverTrump language. It’s simple:

So like I said, simple: Donald stands for NY values, which include blaming Bush for 9/11, and the towers that fell that day are Ground Zero. So don’t use “Ground Zero” when referring to efforts to stop Donald Trump – find something else, Mister Communications Expert!

I took to Twitter to point this out to Rory:

The audacity of @rorycooper referring to California as "Ground Zero" for #NeverTrump effort – terrible choice of words. #NYvalues #strategy?

And I absolutely cannot believe he responded. I’m bewildered. Not because ‘omg omg political strategist responded to me!!’ but because his answer was so snarky, so cranky, that it just illuminates all that much brighter what is wrong with the GOP, its consultants and donor class, and the emergence of layered, socially-engaged, translucent media with platforms like Twitter, Facebook, etc. They don’t get it. He said,

@nicknormal Dictionaries are tough to come by, so here's some help: https://t.co/WJ4U1oaoh6

Unbelievable. What a douchebag.

I understand, it’s a term, just words. But it has meaning, especially with regards to NYC and The Donald’s platform (or lack thereof, frankly). Just don’t use those words!

Furthermore, if you actually look up the term – if you click the link Rory provided – you’re prompted with: 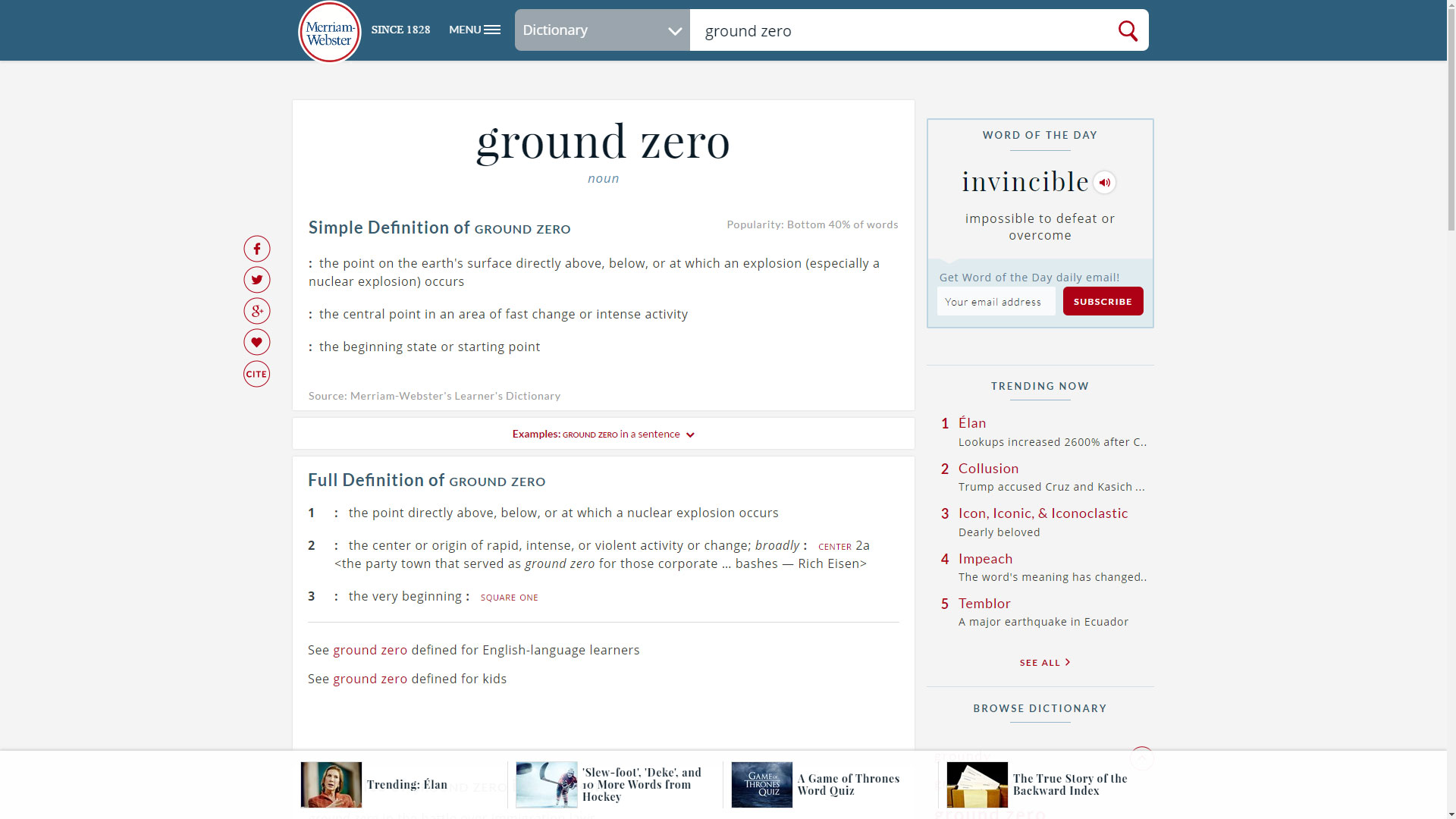 OK. Seems legit enough. Now, with that definition swirling in your head, here’s how he used it:

He didn’t imply ground zero to mean a ‘central point’ or a ‘beginning state or starting point’ – he implied California as a firewall, a last-ditch ‘explosion’ all-in spend-it-now effort to stop Donald Trump! Therefore I pointed this out to him:

@rorycooper Cali is neither 'central' to the timeline or geography of the primary, nor 'beginning state' or 'starting point' – #explosion?

And he’s a communications professional! You can – in the interest of transparency – watch the full clip of his exchange with JDB online here. He clearly doesn’t imply ground zero politely, or neutrally, like the textbook definition he sarcastically suggests you don’t know (you can’t clearly be as smart as he is) – he implies it with substantial ‘loss of life’ meaning, and for that he is wrong.

He works for Purple Strategies, a company so disconnected from reality that they didn’t even hat tip Prince after his recent passing (nevermind that Alex Castellanos and Steve McMahon are two of the most slimy talking heads out there – they’re clearly oozing their mentorship straight into Cooper’s orifices). His company bio lists him as a “veteran communications and political strategist who has served leadership in the House of Representative” – in other words these guys (always guys)! (Nevermind that he worked for Cantor, another pol so gluttonous in self-confidence that he lost to an economics professor – at the time the Minority Leader of the lower chamber – communicate that strategy, buddy!)

Instead, he bans & blocks those who disagree with him or point out fallacies in his own argument; his own type of Streisand Effect. (This blog never would have been written otherwise – now, when people search for him, they’ll find me, and my digest of this encounter – welcome to The Internet, Rory!)

Like people who follow-then-unfollow users on Twitter, Rory Cooper is his own type of lizard: smug, conceited, and hollow. And he definitely doesn’t get how Twitter or dictionaries actually work.

He’s no Chris Jankowski, that’s for sure.