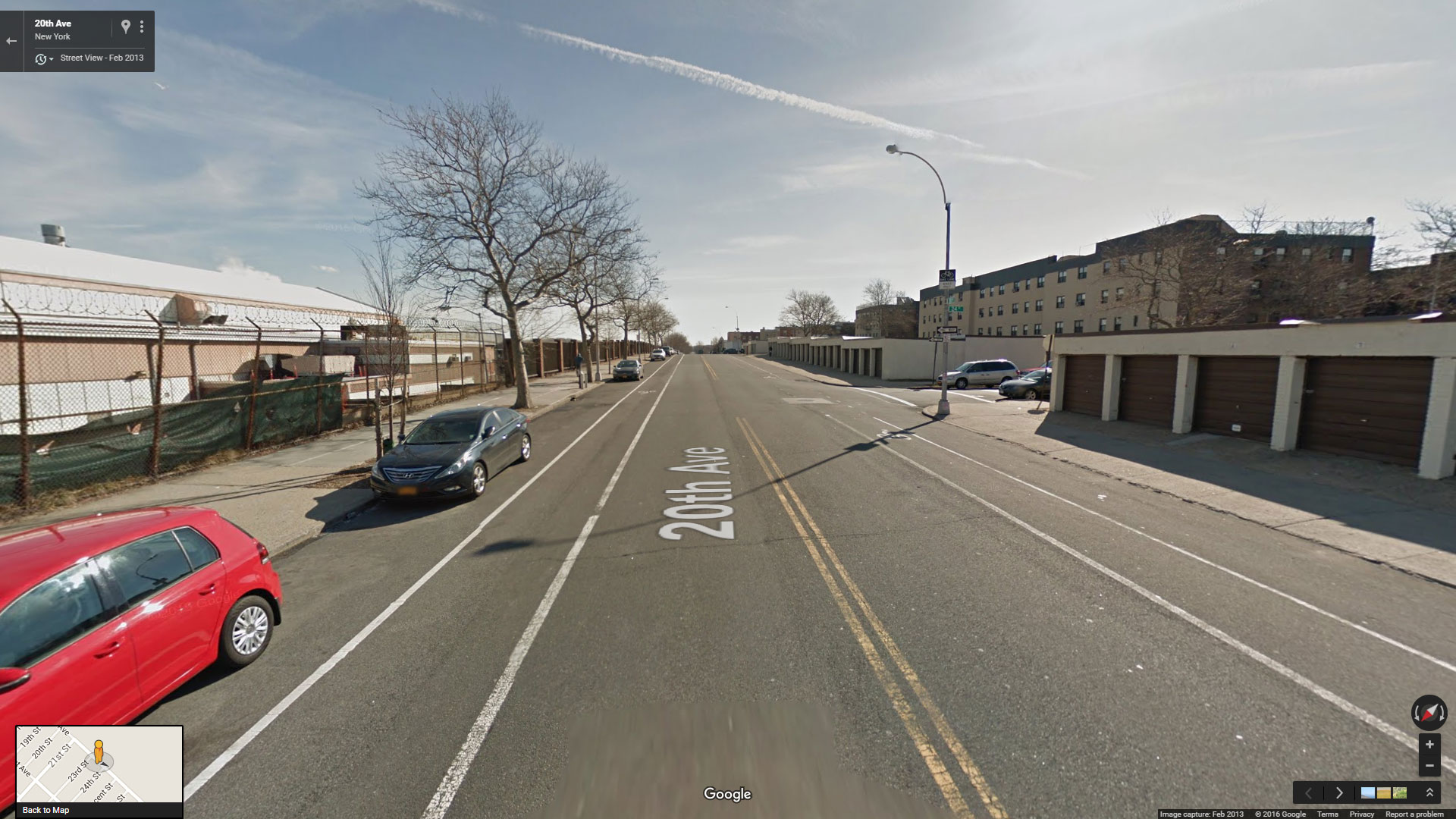 City Shortsightedness: the Problem is that the #BQX Doesn’t Go Far Enough

And Once Again #QNSboro Gets Screwed

I don’t get it. Proponents and Opponents should be up in arms about this. But once again everything is so feverishly selfish and political that no one thinks about the real future.

You’re going to build a streetcar system, great! I live two blocks from the apparent artery up/through/via Long Island City that, yes, I could see myself taking advantage of this system. When I need to get to Red Hook, for example, it’s either a 15-minute walk to the G followed by a 20+ minute walk into Red Hook, or a 15-minute walk to the first of two bus transfers, or a 55+ minute bike ride. The streetcar sounds like a lovely alternative where I can read and watch the world while I use my imagination.

Which the Friends of BQX planners have not done in this instance.

You just spent $2Billion on a streetcar system whose sole intention is inter-borough transport between the two counties on Long Island, running along the western shore. Cool. Here I’ve overlayed the proposed streetcar route over a portion of the boroughs to give you an idea of length and scale: 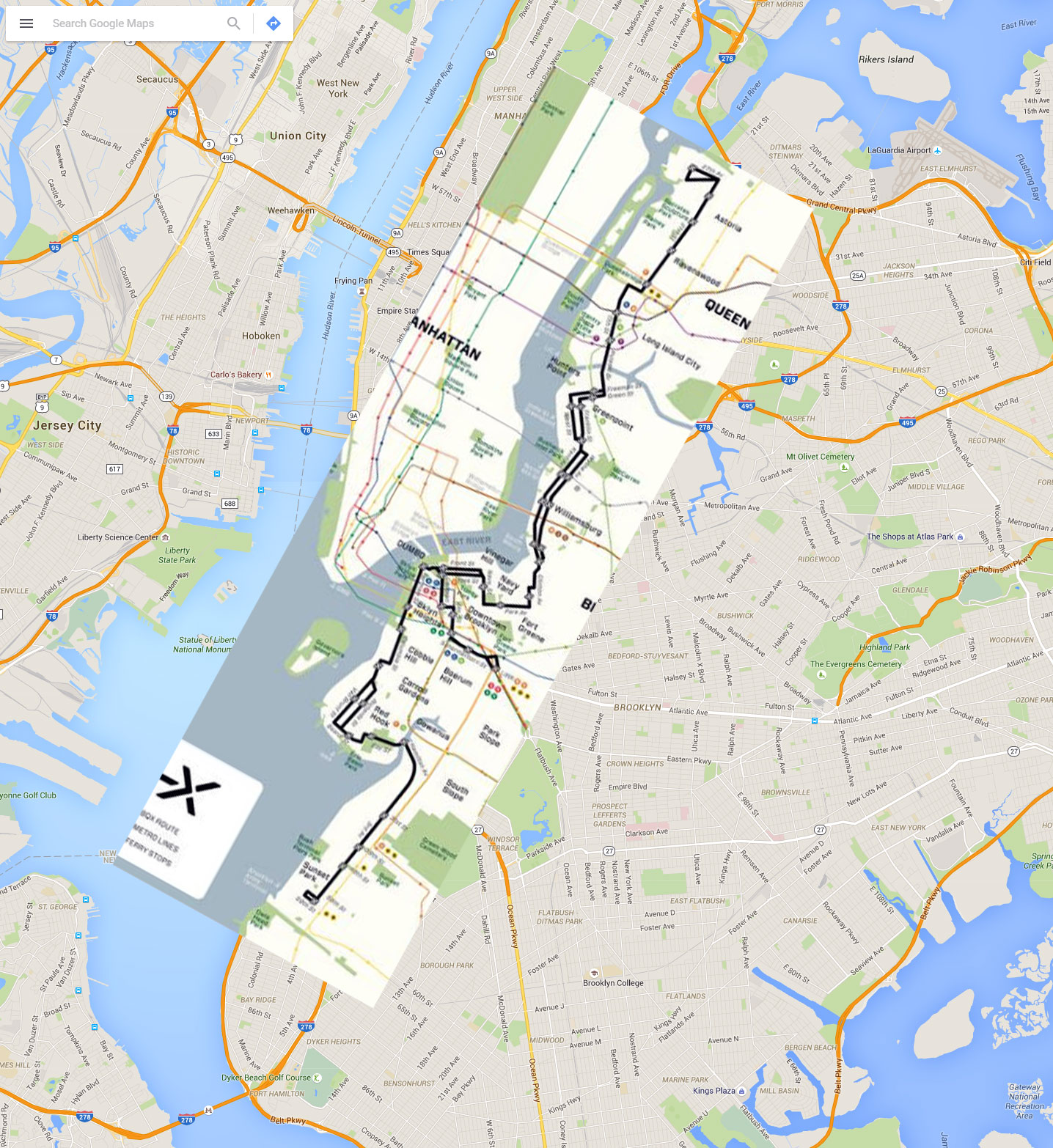 By the way, city, you also own a municipal airport at the northern edge of Queens. 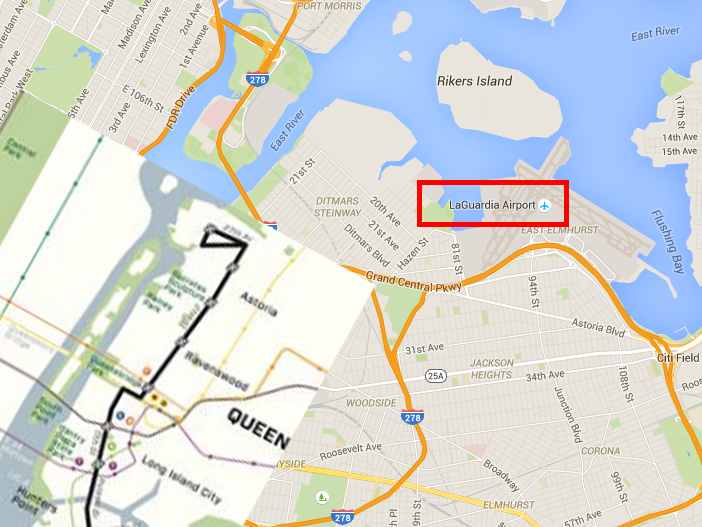 I cannot believe you just spent $2Billion on a streetcar system and didn’t think to connect it to your municipal airport! You didn’t even connect it to the Select Bus Service that goes to the airport from the foot of the Triboro (that’s what it’s called) in Queens: 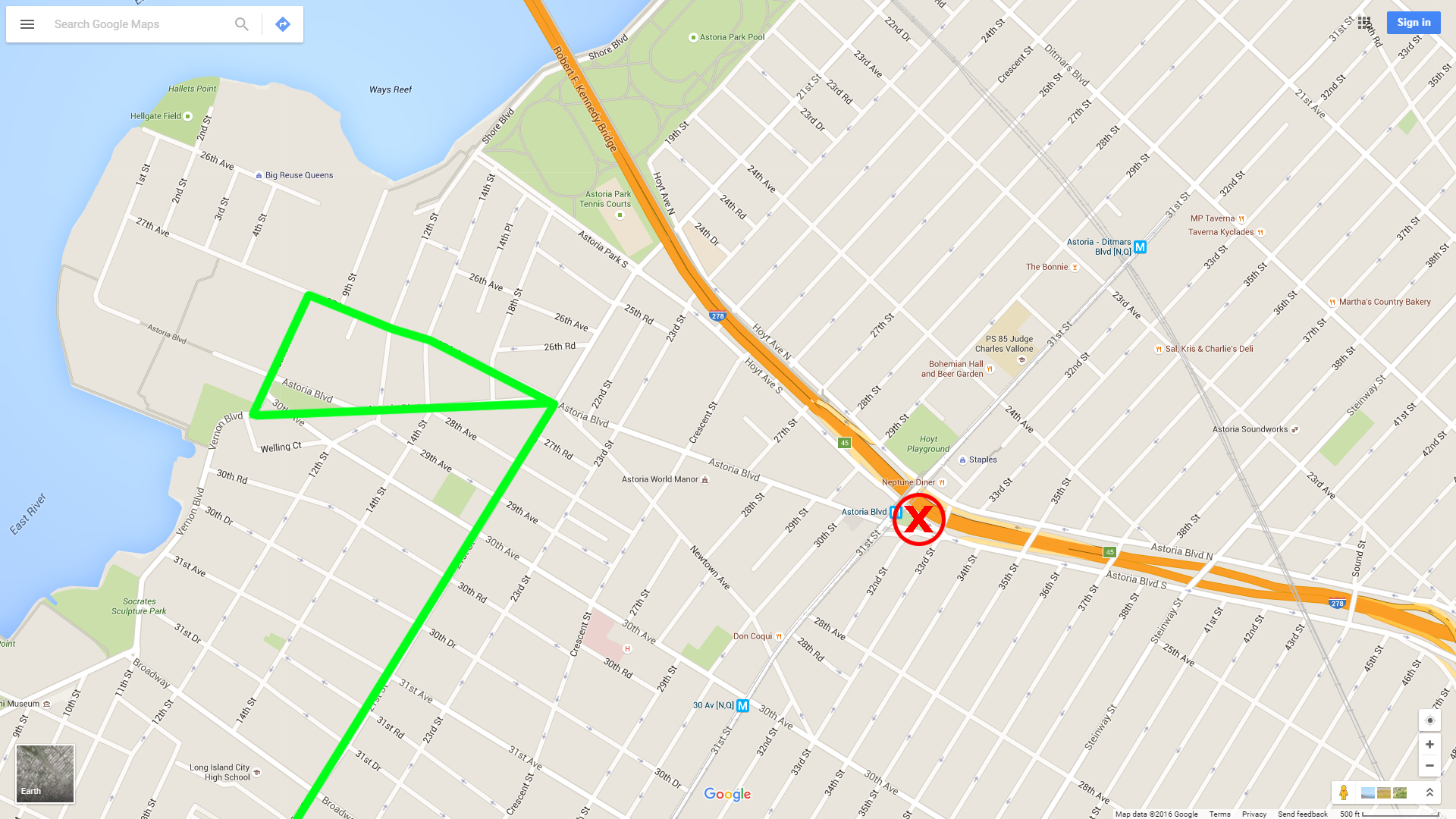 What I suspect is the proposed loop-around route of the BQX in Astoria, in green; the red-circle-X is the pickup location of the M60 SBS that goes from Manhattan to LaGuardia Airport.

I cannot believe you just spent $2Billion on a streetcar system and didn’t just go straight to the airport. The northern edge of Astoria that is 20th Avenue is wide – 5+ lanes width, with wide-open views – and heads directly to the western edge of LGA:

(click here to see for yourself: Street View of 20th Avenue in Astoria)

You didn’t even place the eastern-most point in Astoria (at the intersection of Astoria Blvd, 27th Ave, and 21st Street – hey, us Queens folk know how to read numbered streets OK!) near the M60 SBS pickup – it’s a half-mile away: 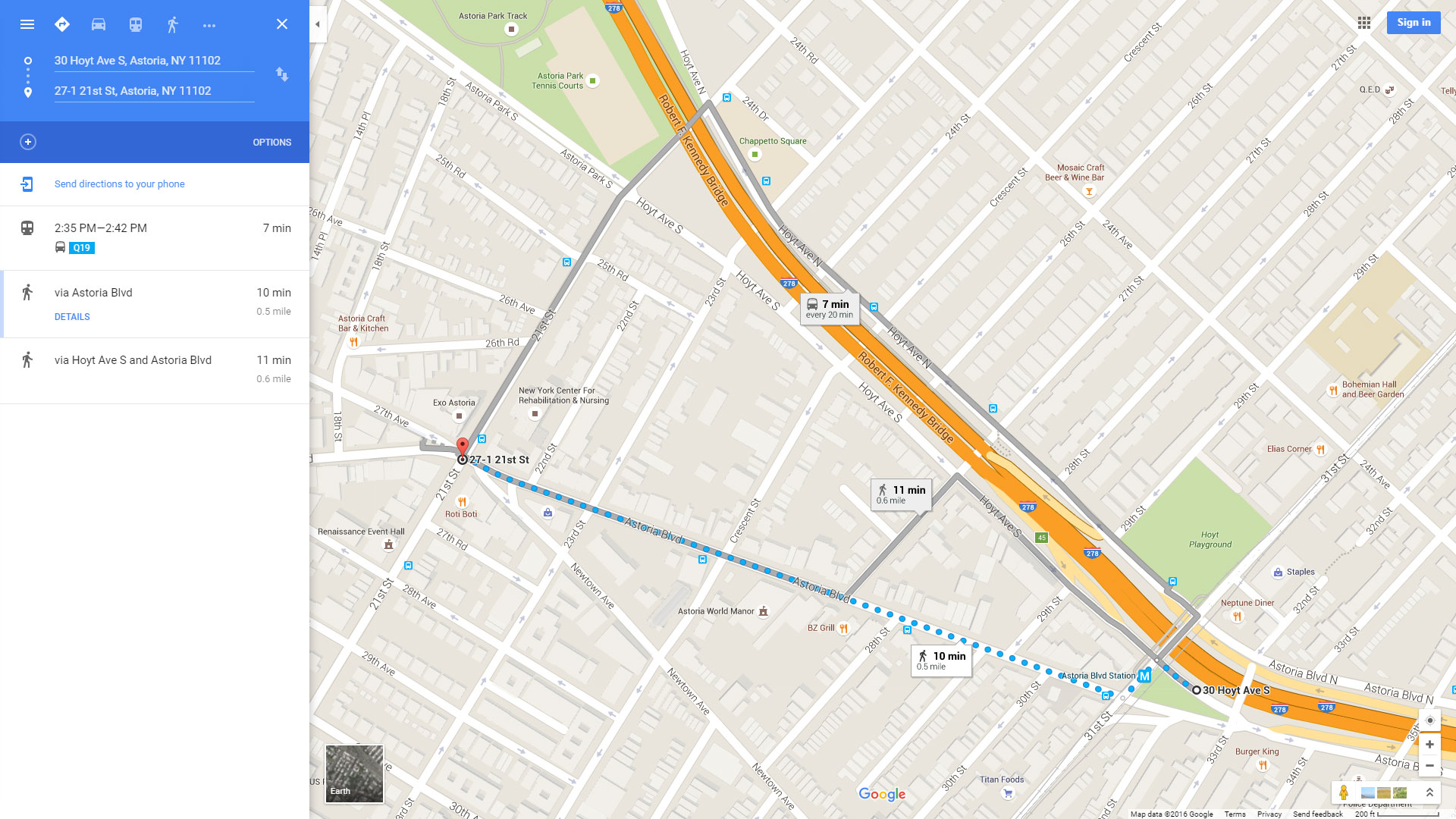 Proponents and Opponents should be up in arms! The problem is that the QBX doesn’t go far enough! If you’re a proponent, it should go to the airport; if you’re an opponent, it’s a waste of money to spend all that effort and not go to the airport!

WHO ARE THE JOKERS THAT PROPOSED THIS QBX ROUTE?

Here are some images promoting the QBX project; each image is carefully crafted and laced with subliminal notions of transport: a staircase to subterranean subway platform, a bridge connecting two boroughs, vehicular traffic below a freeway overpass, an intersection and livery service.

By the way you just spent $2Billion on this service and didn’t think to connect it to the municipal airport.

And once again Queens gets the shaft. The project comes this close to actually delivering an inter-borough transit system that could possibly maybe ultimately actually deliver you to a useful terminus spot in Queens, and instead in pulls its punches, falls back, and circles around in Astoria – leaving LGA workers, Ditmars and East Elmhurst residents, or anyone traveling to/from the airport to find another way.

That’s urban planning shortsightedness for you.