If you coated a paintbrush with texture and painted a city, you’d call it Pittsburgh. #PGH

Finally here’s a sort of grand recap of my tour of Pittsburgh a few months back – one day alone I walked 17+ miles, crossing numerous bridges, and navigating more or less by instinct and sight lines, stumbling upon everything from American colonial history to street art and vintage cars. 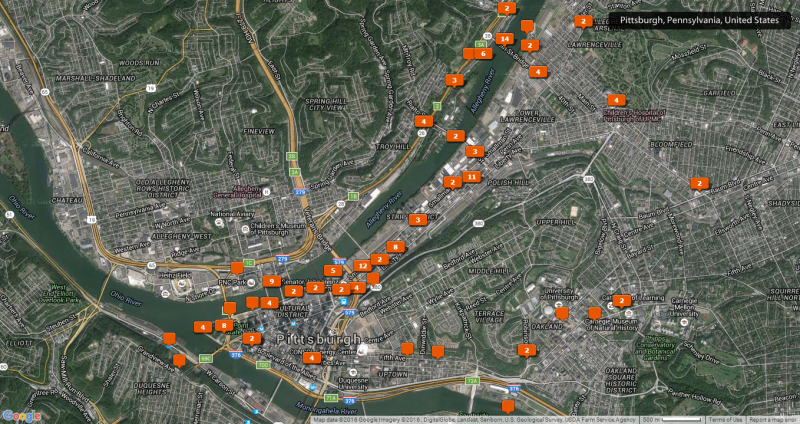 Map of geotagged photos from this trip.

What an absolutely cool (and traversable) city. This isn’t even all the photos I took (if you’re interested the full full full set is here on Flickr). But it’s a start – it’s a recap.

So being from New York now one thing I’m always curious about is how a city gets around; I mean the NYC metro area has 3 airports and you can get from them to basically anywhere else, anytime of the day or night, by public transit. Pittsburgh not so much. The airport is way out where a farm used to operate, and you’re basically stuck having to catch a taxi into town, or renting a car. I went with the former. What’s initially strange is that there’s traffic, in a lot of places, somewhat often – too often, even. I mean there are only a few major roads this way or that way, so all the vehicles congregate down them, so even at night there’s congestion, while on the other side of the same building or block, it’s empty:

The city is post-industrial, so similarly that means old areas of town are dense with buildings and infrastructure, while more recent developments are wide-open, empty (parking lots galore!), with no foot traffic:

I’ve always thought you can tell a lot about a city’s priorities by its emphasis – or not – on parking garages. To that effect Pittsburgh has some giant parking garages (and omg lots everywhere!) and people talk – and complain about – lack of parking, or parking woes, like the weather. It’s a thing here.

Or in the following image, which came first the building or the freeway? I’m guessing the building, and then they were like ‘sure we can build the freeway over that building no problem’: 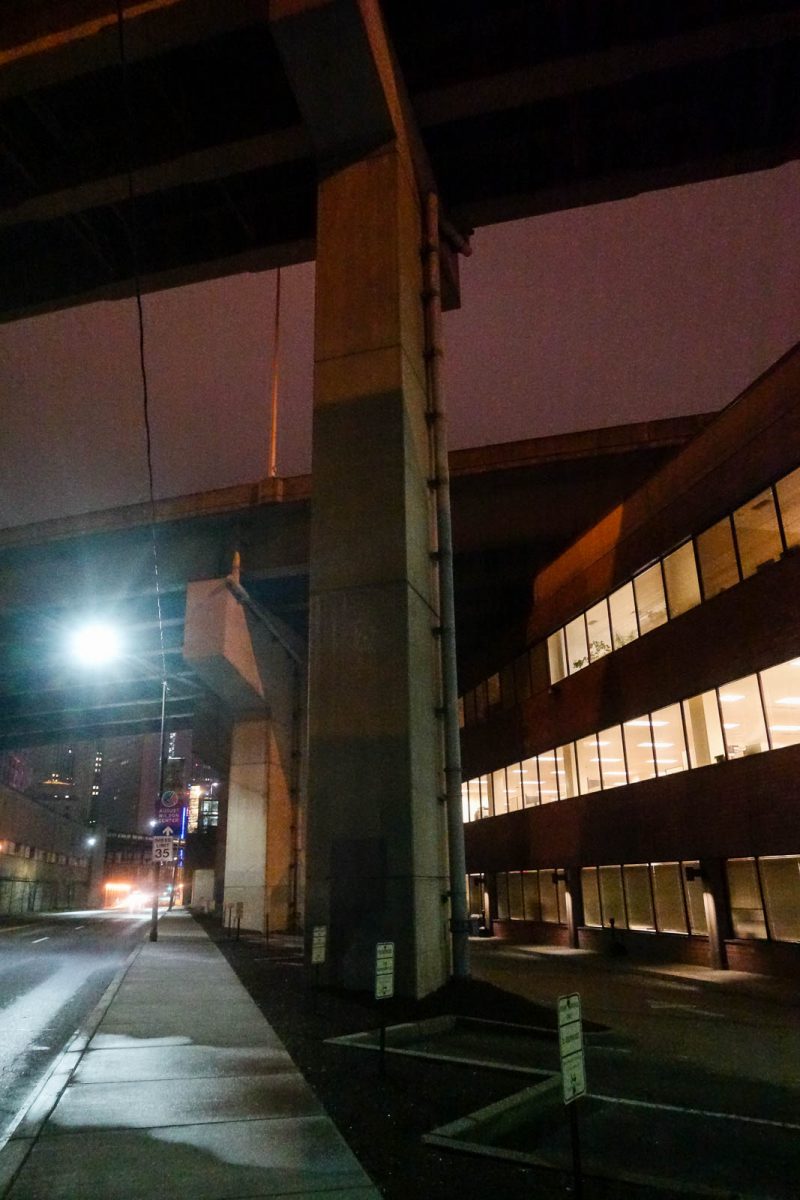 Specifically, here are a number of images of homes and architectural wonders: 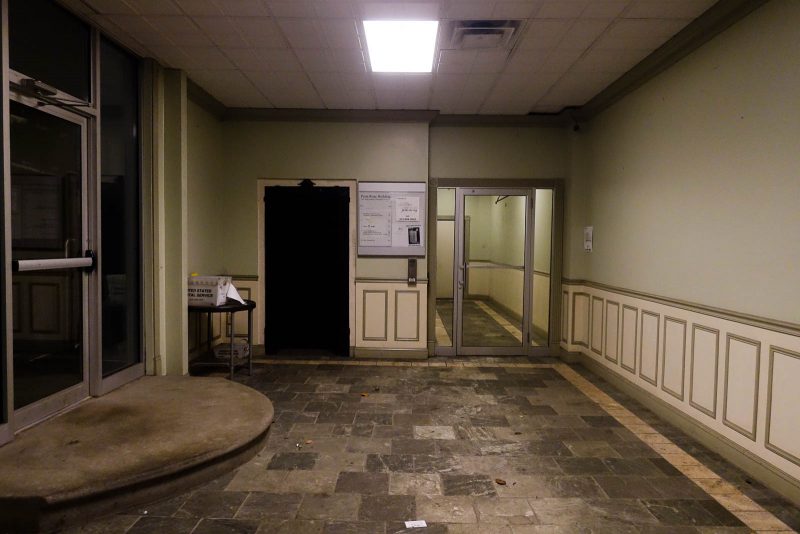 Also sad, is no matter what town or city you go to these days, if you explore enough you’re going to find a ghost bike story:

Other elements define a city too though. Such as their fire hydrants:

Or in this case these faucet-style knobs for flushing urinals: 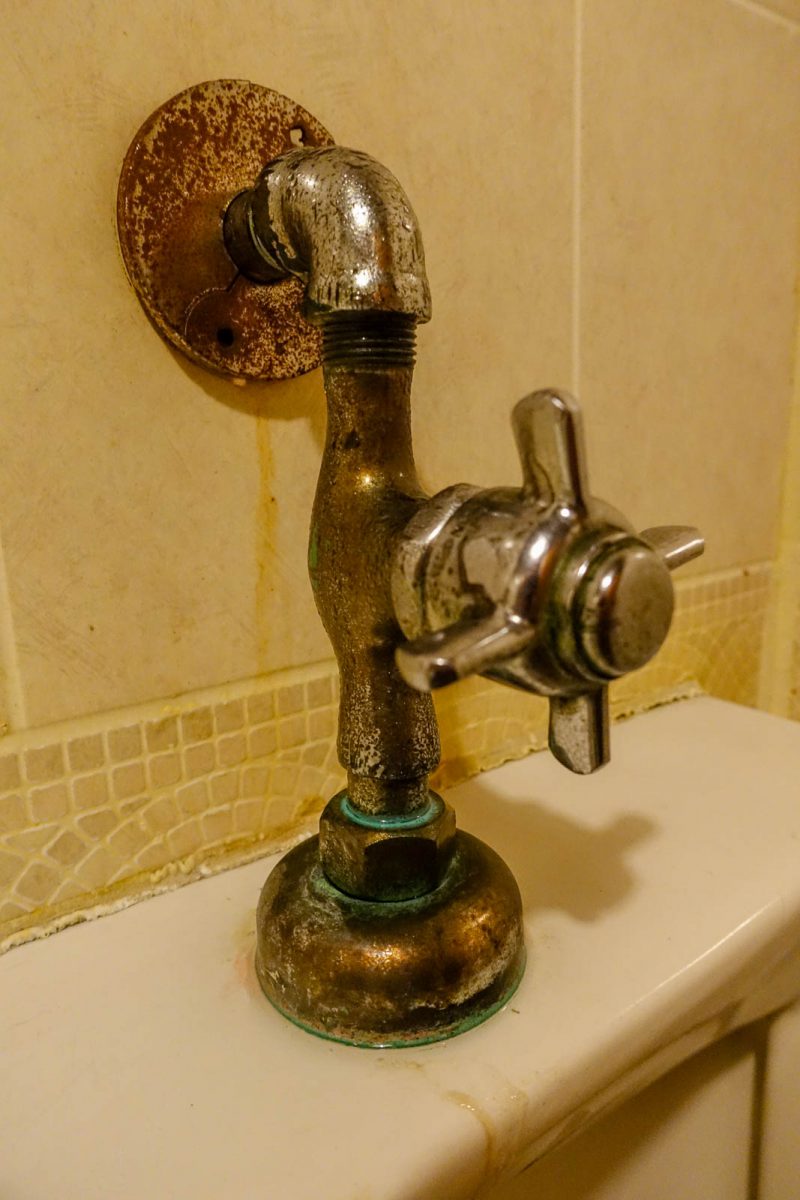 The kind of thing that would be deployed in Brooklyn because it’s ‘ironic’ is completely honest in Pittsburgh.

And throughout the trails and walkways, you’ll find markers, maps, and plaques and signs about the history of a location, what used to be, or the development of an area – Pittsburgh is proud of its past:

Another feature I’ve been tracking lately in various cities are the use of skyways, from old stone to modern steel-and-glass implementations – it’s always fun to see how a locality adopts its architectural vernacular to this pedestrian-specific bridge-function:

A fun town for sure. Lots more there for me to see and explore – so I will be back! Also, I do these things now where I ‘collect the meta’ from a trip for examination, and here’s the Pittsburgh mind-keywords: