some Classy Cars in PGH

During a recent visit to the great city of Pittsburgh – my first journey there – I went on a walking tour. More on that coming soon. But while walking around – 17+ miles! – I encountered a few classy classic cars, including the Avanti that I can’t say I had ever seen before. As such I thought these cars deserved their own lil’ breakout post. Enjoy!

First, while walking around Lawrenceville near the Allegheny Cemetery, there was this Avanti parked. An already iconic car with those front headlights and overall geometric lines, what really caught my attention were the knobs and shifters inside the cab, below the dashboard: ‘aux lites,’ ‘deicer,’ ‘temp slider,’ etc. And the curve of that back window in contrast to the overall shape probably makes this thing appear to be barreling away from you as it passes by!

Then, somewhere between Lawrenceville and Bloomfield, but probably closer to Lawrenceville (I forget – note the license plate says ‘Bloomfield’ dealer) was this classic big body Chevrolet:

I exited some store’s rear exit and there it was in the adjacent alleyway, just sitting there; next to a nearby road, everyone else kept walking by without glancing at it, either oblivious to its existence or the type of thing they see so much they’re like ‘whatever.’ Well I was impressed!

And lastly while walking around the Uptown/Downtown border just minutes before departure I stumbled upon this boat-on-wheels Eldorado; while a more-common than-not car, it’s impossible to describe how big this thing appeared on the street, in relative scale to me and everything else around. It was just big! I sware it was two car lengths long!

OK one more! But this isn’t really a car, but a gem of a depiction of a car. During an early morning stroll around the Strip District I stumbled upon this brilliant use of otherwise boarded up, abandoned windows: someone painted a classic car on the window panels as though the car was stretched over this space: 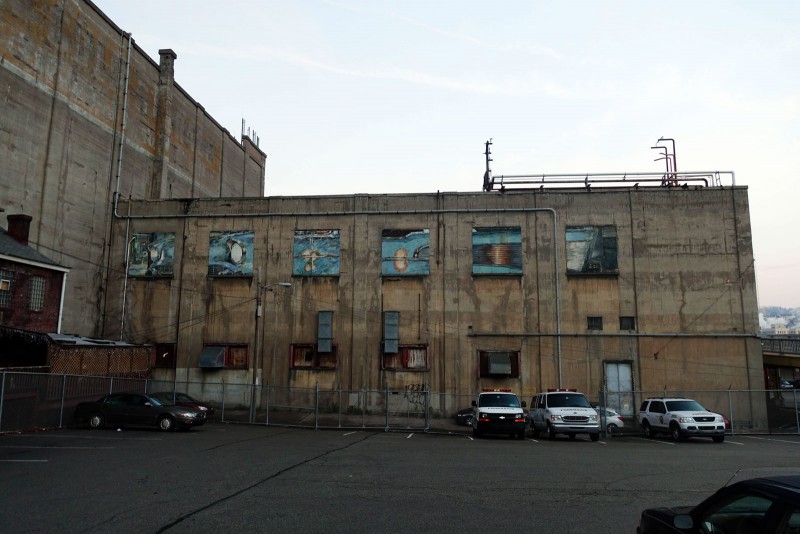 Do you see it? Here are the windows, isolated:

And some detail shots: 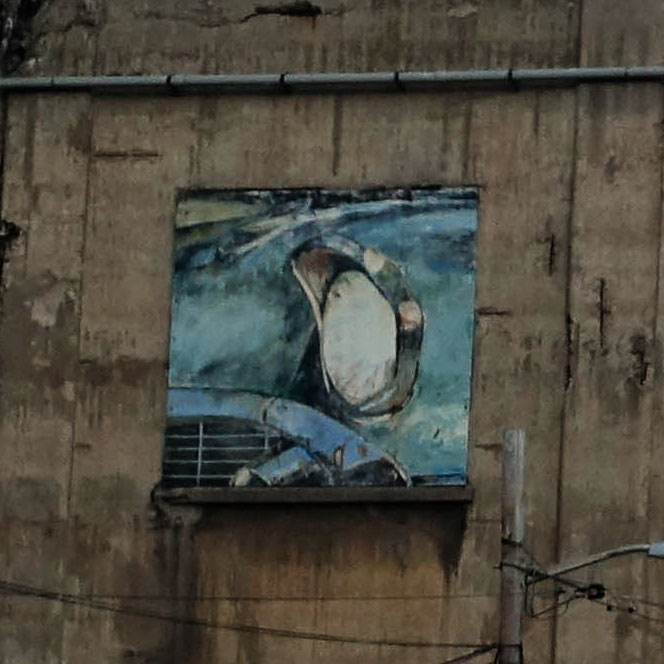 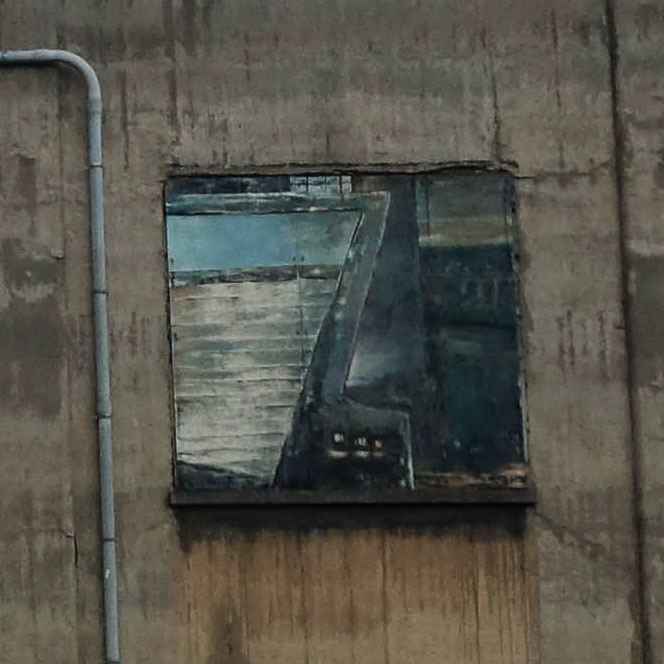 I mean seriously art like this should be much more mandatory, especially in these post-industrial environments where facades are otherwise empty and boring, where boarded up elements and hoarding are just installed and left for years, and where there’s almost nothing else to look at that’s attractive or has texture. Art like this adds a little glimmer of beauty wherever there is an empty surface.