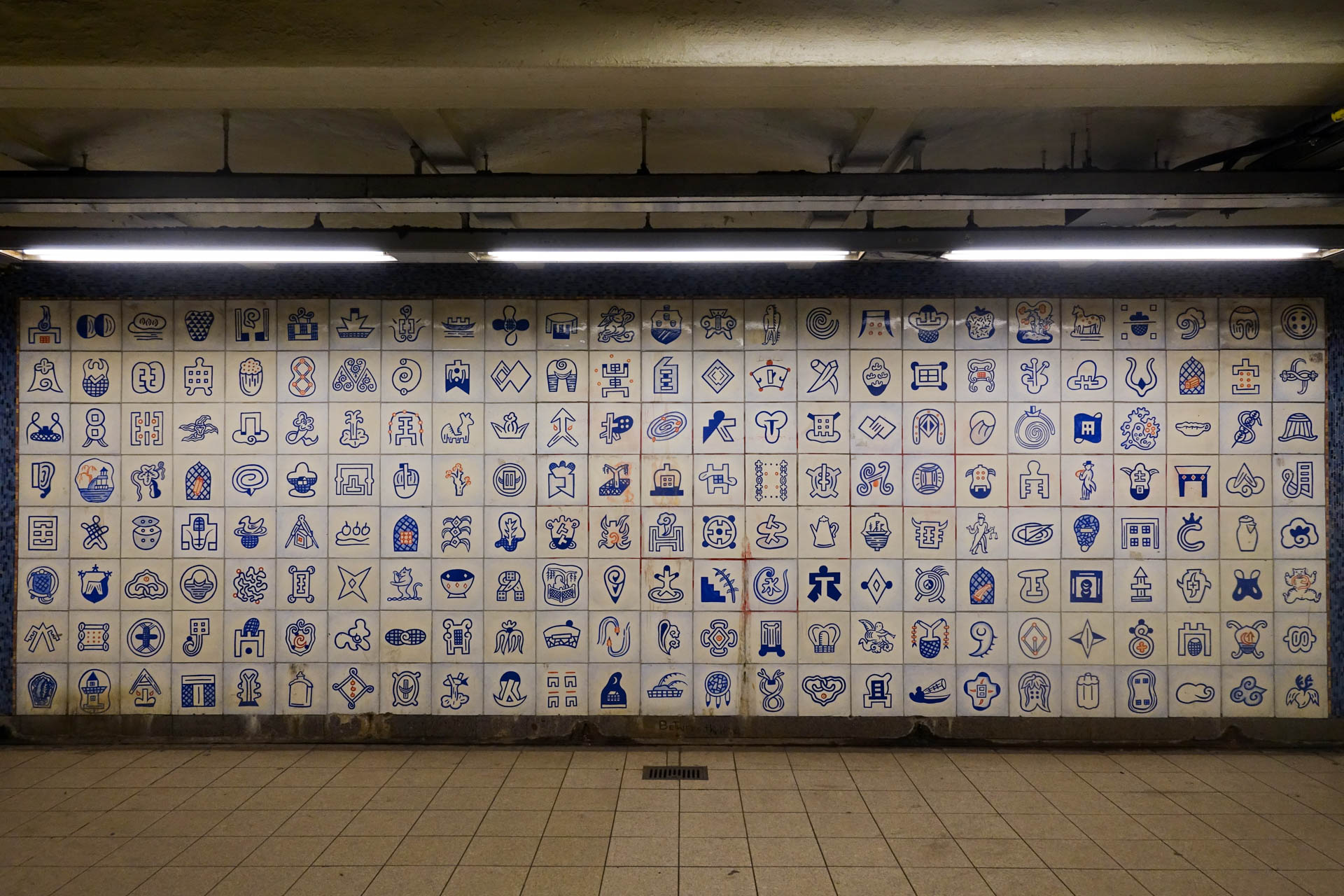 Empress Voyage 2.22.1794, 1998 by Bing Lee is a public artwork in the Canal Street subway station. I guess it’s located at the western edge of the staircases exiting the N/Q platform. It’s a fabulous public art piece made up of 200 (8 x 25) tiles with icons and images both invented and referential. Each tile is about 9″ x 9″ or so, and are primarily two shades of blue and sometimes red, on a white background. The icons and symbols are what I’m drawn to; they’re like clip art, but way more meaningful and playful. I used to work in SoHo/Canal Street area in 2005-8 and saw this piece several times a week. I recently began working in the area again and while I’m farther away than my last gig I always make a point to inspect the tiles if I’m passing through the station; collectively I’ve probably spent a full 15 minutes of my life standing in front of it admiring the drawings.

The MTA describe the artwork as such,

Bing Lee’s Empress Voyage commemorates the pioneering expedition of the American merchant ship, Empress of China, which in 1794 returned to New York harbor filled with silk, tea, and porcelain (commonly called china, due to its origin). Through the artist’s lighthearted use of Chinese-derived icons, the tiles illustrate aspects of the then-new trade with Asia and celebrates today’s Chinatown. On the platforms, interlocking teapots incorporate the Chinese symbol for “good life.” Other symbols, on the station’s upper level, are variations on the symbols for “Asia,” “quality,” and “cycle.” As trains arrive, debarking passengers are given a choice of reading “Canal Street” in English or the Chinese characters for “Chinatown.” “I want to give the viewers art that reminds them of history, but also speaks directly to them,” says Lee, “something meaningful but also playful.”

Here are a few close-ups (below); even higher resolution images (including of the full wall, above) can be found here on the Flickr album of these images.