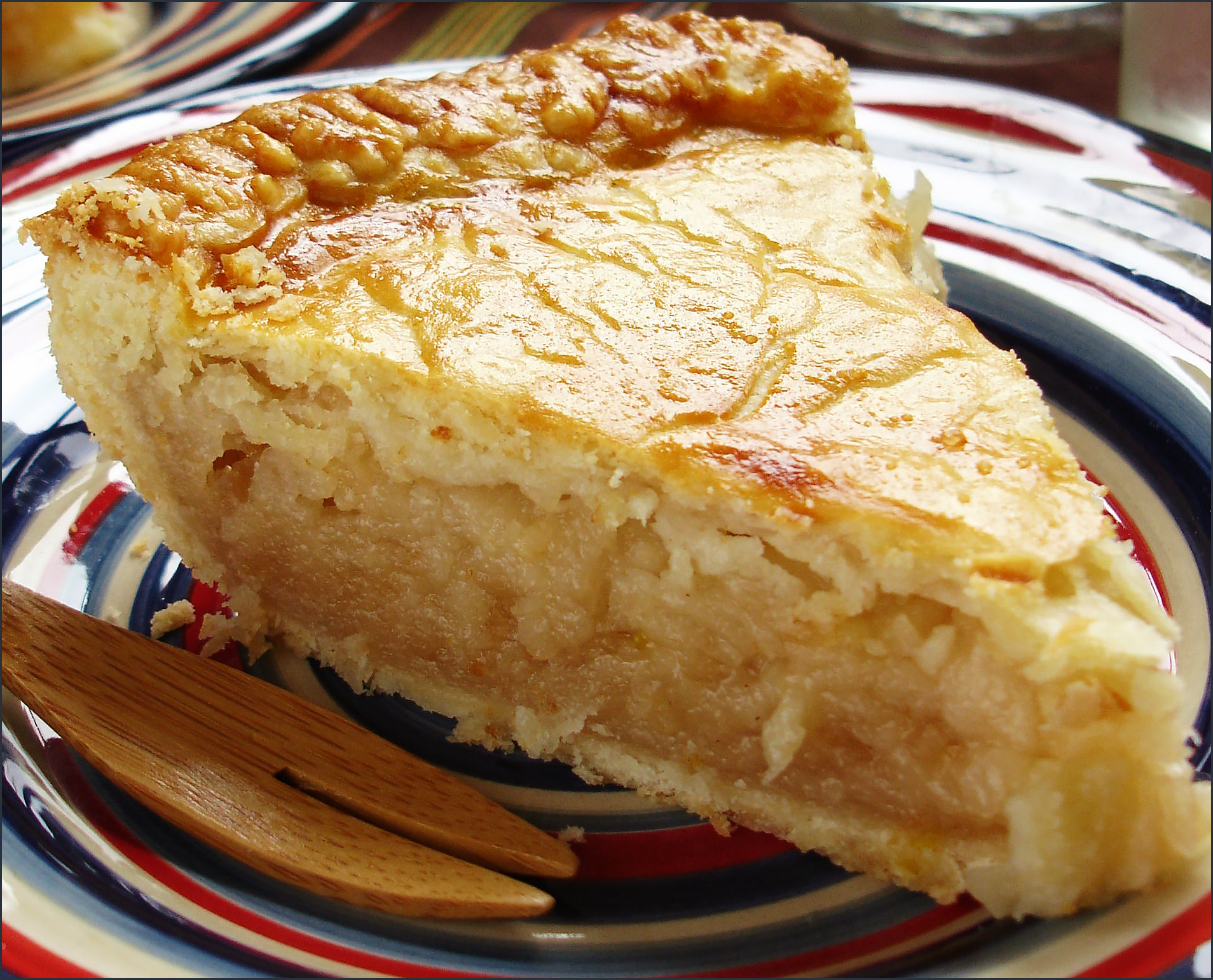 In 2002, while I was living in England, I stumbled upon this phenomenon. I remember specifically it was an English lady I met who when I told her I was American she asked me to tell her more about RITZ apple pies. I had no idea what she was talking about! She went on to explain how she once had an apple-less apple-tasting pie, and thought Americans were essentially weirdos for figuring out how to make an apple pie from crackers! I still had no idea what she was talking about! The next time I saw her she brought the box. It wasn’t this image but it looked very similar to: 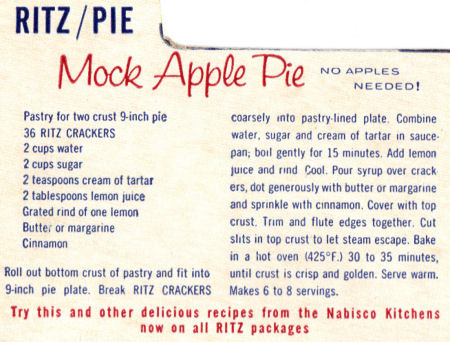 Now this was 2002. So I didn’t have a camera or smartphone on me to take a photo, so I … transcribed it, by hand! On a postcard! I tried this recipe later that year as was gobsmacked (how English of me!) by how credible and convincing this recipe is – your mileage may vary: 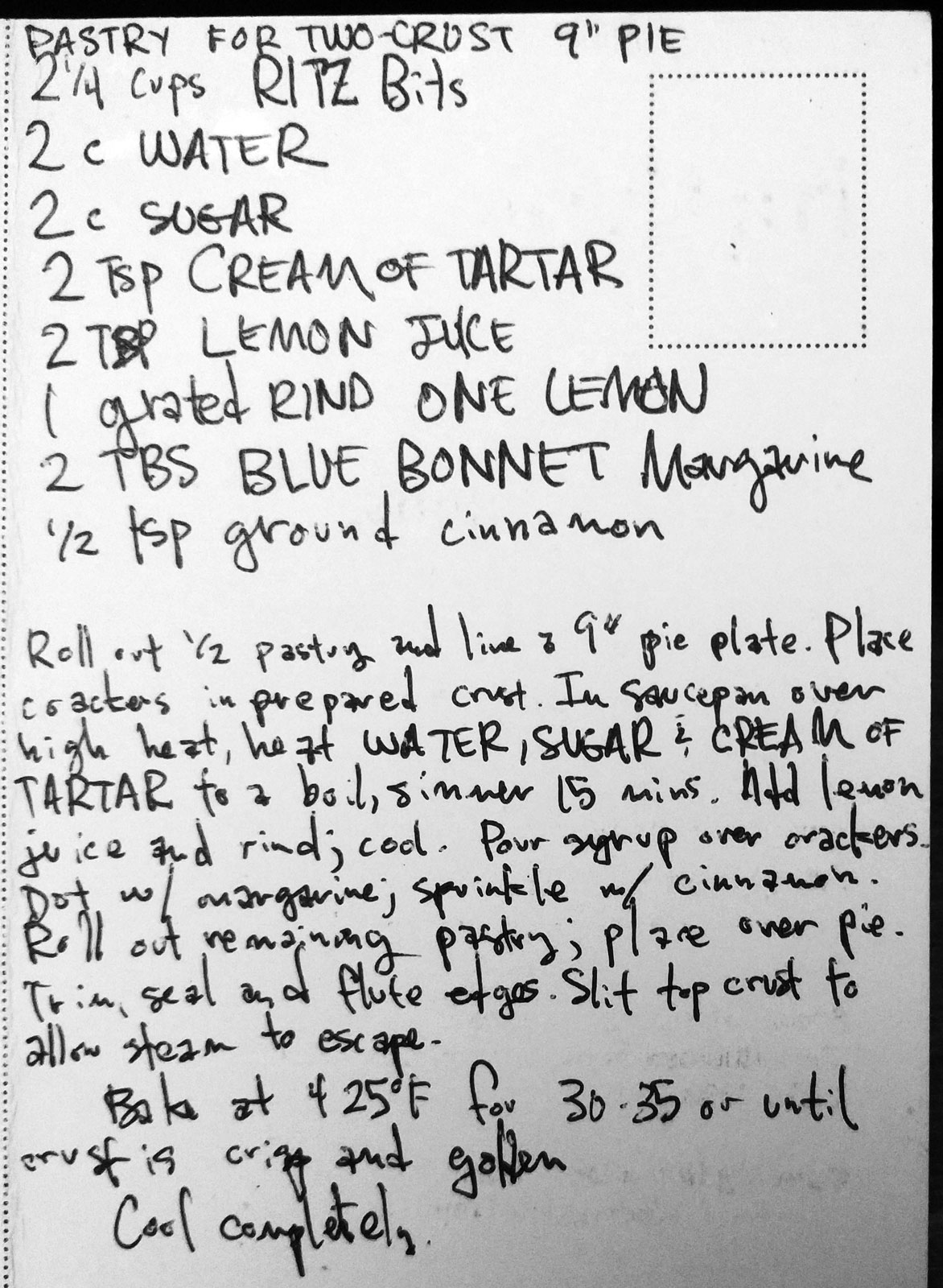 Of course it’s 2017 now (was that really 15 years ago…dang…) and so a two-second Google search returns literally hundreds of results now – here is one and here is someone else’s story. It’s totally a thing, and now so can you.