Actually Configuring the Configuration File for the Polaroid XS100

Below is the only method I’ve found to effectively modify the PolaroidConfigFile for the XS100 Extreme Edition HD “sports action camera.”

First, how I arrived at needing a solution for this camera

Last year I bought a Polaroid XS100 Extreme Edition camera. Specifically I wanted something for timelapse without having to set up my much-larger digital camera rig, that I could also use for some bike-mounted video projects I’m working on (again my regular camera would have been too big and bulky). The XS100 had the added benefits of being waterproof up to 30ft/10m without any additional casing, fairly robust (I suspect dustproof to a large degree), with a nice barrel-shaped body (the main selling point for me, really). It uses microSD and can record in 1080p, and of course the primary cause for my purchase was its native ability to do timelapse at 5, 10, 30, or 60 second intervals. Great! 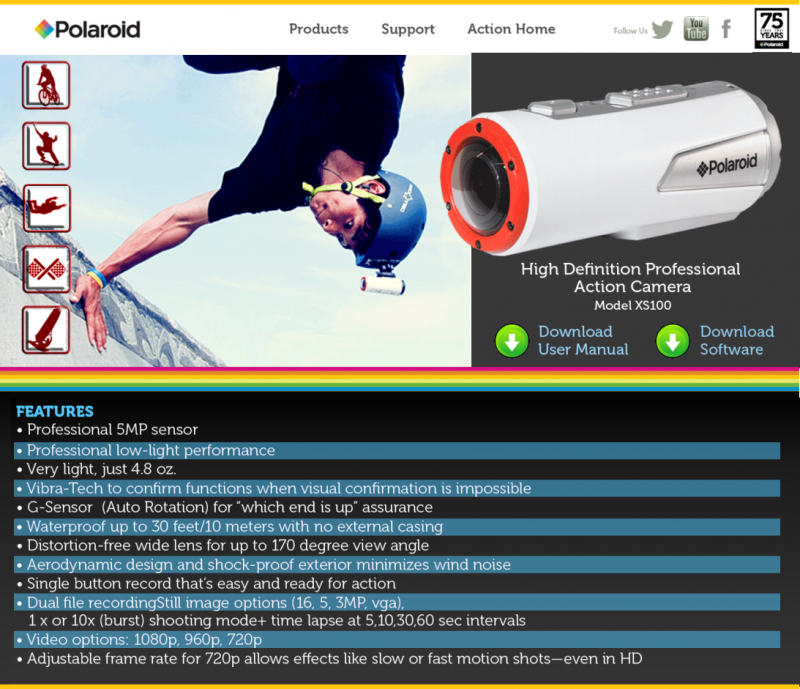 The reviews read well, and the image and video quality I spied by other consumers seemed good, especially for the price. I was a fan of Polaroid and wanted to get behind them competing with GoPro and other assumed top-dogs of the “sports action” market, even though I’m as far from extreme kayaking as can be and videos like this nearly make me want to vomit. I want the camera for art.

The attachment options and the barrel shape were ideal. The barrel means it can ‘slot’ into places if need be, with only the lens needing to be clear of obstruction to get the shot you need; this can be make-or-break in some of the projects I’ve done and plan to do in the future.

And I was able to purchase the camera for considerably less than MSRP. Score!

Then the hurricane arrived.

Try, just try, to operate this thing via the included software. It looks like it was programmed on a Fisher-Price Laugh & Learn: 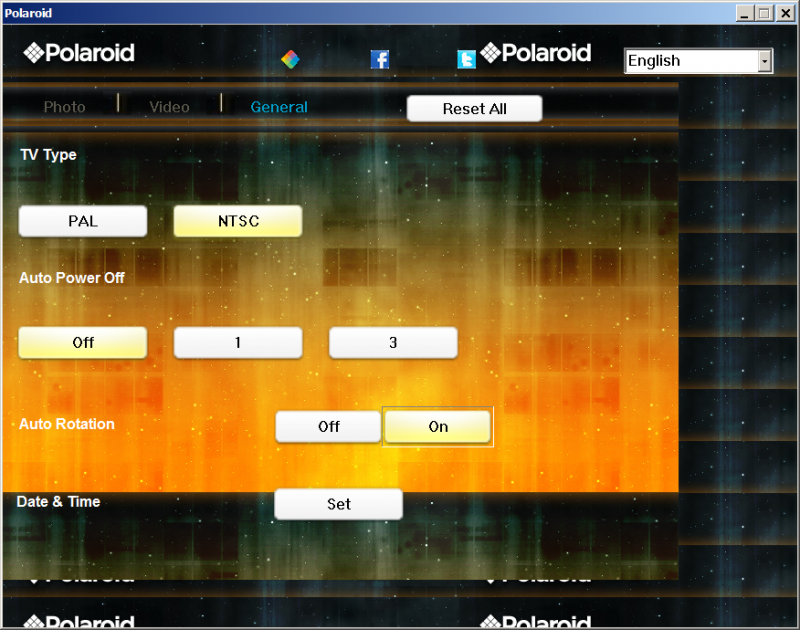 So yeah when you launch the software it starts on the ‘General’ tab which is the tab option furthest to the right. OK whatever. Here are the Video and Photo tabs with their respective options: 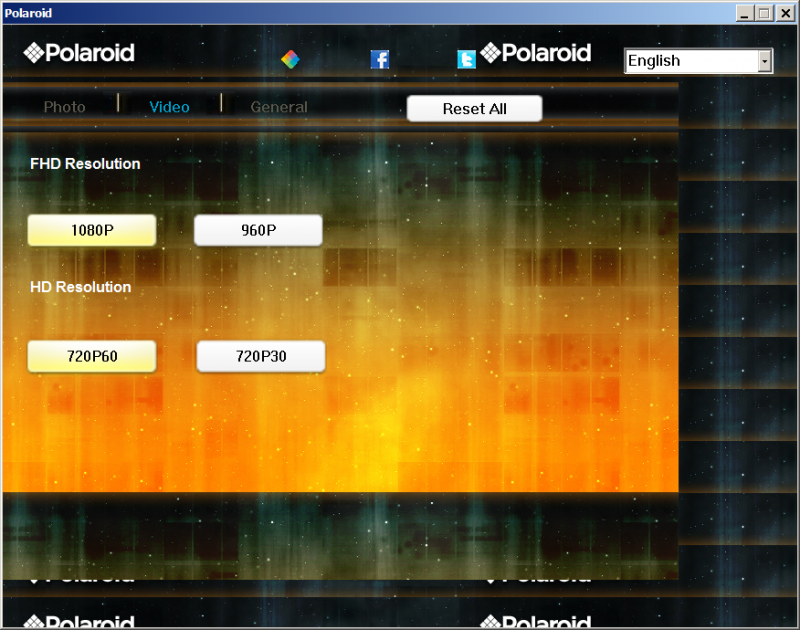 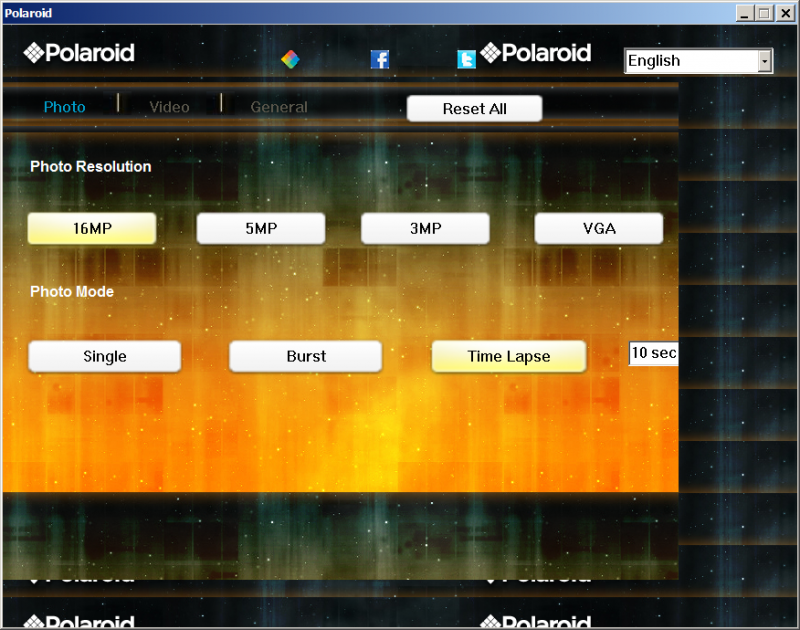 Now, scrutinizing just the design even further, the data in the tabs don’t even line up, as if everything was laid out cut-n-paste by separate programmers:

Oh man. This can only be a sign of things to come, and was it ever.

Clearly these things are sold as “action” cameras and timelapse is counter-thetical to action. And whereas all the options are big bubbly buttons, the timelapse setting is a window that you can type anything into, even letters, or numbers that don’t correspond with the camera’s options – like 7.

Try, just try, to change the timelapse setting! I’m writing this blog as much to inform you about what works as I am to remind myself with what doesn’t work!

I couldn’t change the timelapse number setting to save my life. I tried everything I could think of. Even now it still doesn’t work according to their own manual’s instructions. I was furious! I sifted through their online docs and was directed to email a ‘marketing’ firm, not even people with the company:

They basically quoted me something from a software troubleshooting manual, and never actually used the camera themselves. Bogus.

Then I thought, now wait a minute I can’t have been the first person to hit this wall with the timelapse settings. The other settings seemed to change properly, but timelapse was simply unstable. Where else would someone solve this? A quick Google search lead me to this now-archived thread on Reddit’s /r/ReverseEngineering sub-reddit:

Wow! Someone did it! They took a look at the otherwise incomprehensible PolaroidConfigFile and figured out what each setting does; here’s the corresponding data in a standard text editor:

OK so thank you timcortesi for figuring out the setting’s settings, but now I need to figure out the sequence. Editing the file is easy, but in what order? What I mean is: if you take the microSD card out of the camera and edit the file, save it back to the card, then re-insert the card in the camera, the settings do not update! Once again this makes me furious! OK so try updating the file with the card in the camera, but do you open the software before or after (to confirm)? 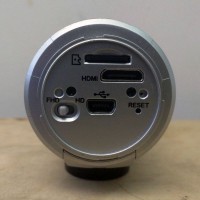 Even today, I haven’t figured out what the physical ‘reset’ button on the back of the camera’s panel even does! Believe you me, most things won’t work, and you’ll be pulling your hair out trying to find a working method.

And now for the solution!

This is the only sequence I’ve found that actually works to update the timelapse settings in this camera, at all:

I’ve spent well over an hour trying every possible plug-this-then-that edit-now launch-then and this is the only method I’ve found that works with my laptop. A beautiful camera, great images, even fun, but man what a terrible software experience – to the point where I’ll inquire about the look and feel of software GUIs from companies like Polaroid in the future before even considering a purchase from them.

Alas here are some timelapse videos made from timelapse images shot with this sucker. In the bike video the camera is mounted to my drop handlebars using some of the mounting hardware that comes with the camera. And yeah while videos are 16:9 images are 4:3, resulting in black bars on the sides of videos on widescreen monitors; you could always crop the images in software quite easily but I stuck with full-frame for these two clips: