on the Eve of Change 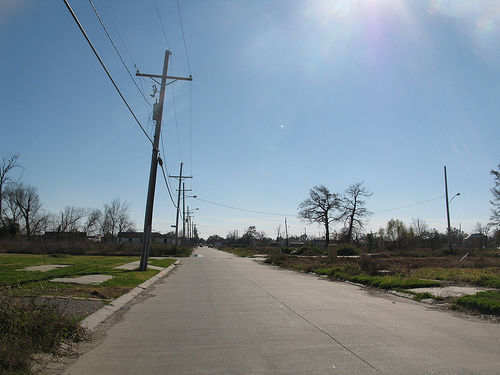 it’s strange, being in New Orleans on the Eve of Change, less than 24 hours to go before Obama’s inauguration and this country will have not only a new President but new hope and spirit (it’s been brewing for months, tomorrow the bottles will explode!)

A couple weeks back when I realized I’d be in New Orleans during the inauguration I became elated. I’d be in a town heavily afflicted during Bush’s presidency – some would say worsened due to Bush’s lack of response as President – but I wasn’t exactly sure what that meant or exactly how his departure would be perceived here (I wasn’t going to be presumptuous about the democratic values of New Orleans). Having been here for about a week now, I can form my own perceptions however. I have to restrain myself from using any expletives, so put simply Bush didn’t do jack for New Orleans. It’s not just New Orleans, clearly, it’s the entire Gulf Coast. But this is where I’m at now, and it’s devastating still, more than 3 years after the event. And with 3 years to think on it, the best Bush could come up with after reflecting on Hurricane Katrina was maybe he could have landed his plane in Baton Rouge or New Orleans?

I tell you, this guy is a wanker.

Here are some views of the Lower Ninth Ward in New Orleans, from yesterday, where thousands upon thousands of people used to live: 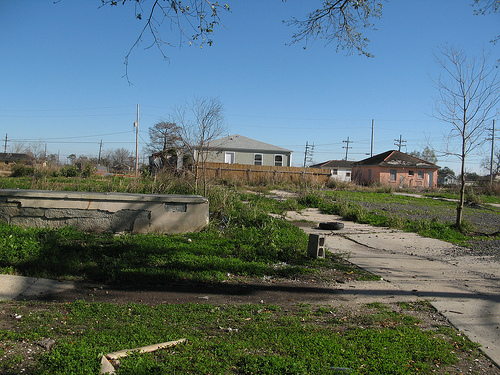 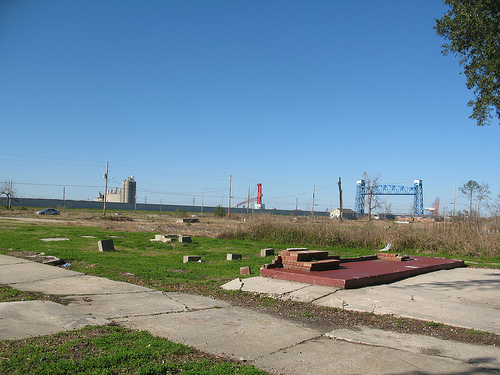 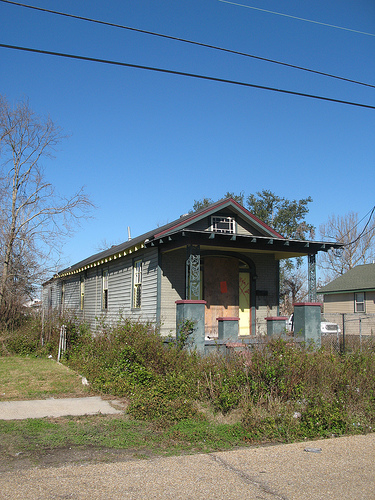 (some homes remain but are overgrown. I want to live here!) 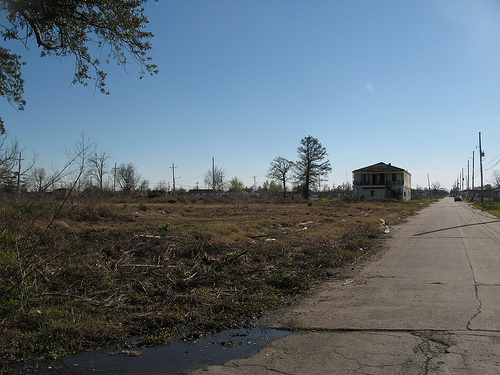 (areas where thousands of people lived are now empty, deserted) 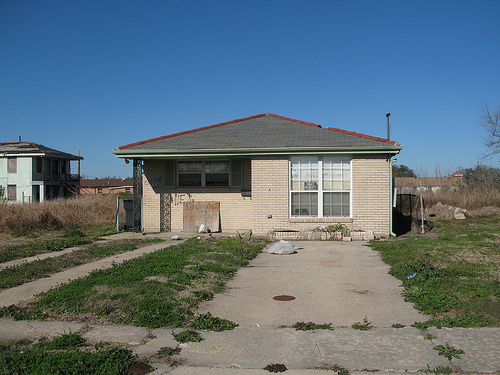 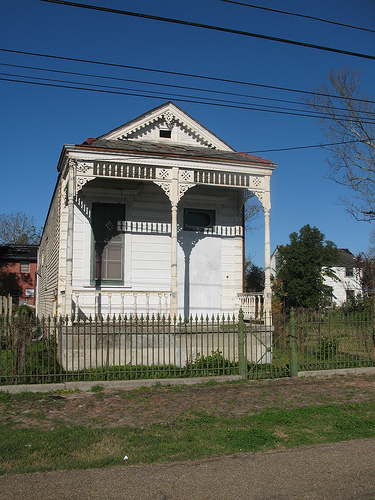 (some absolutely darling buildings remain, will it be demolished?) 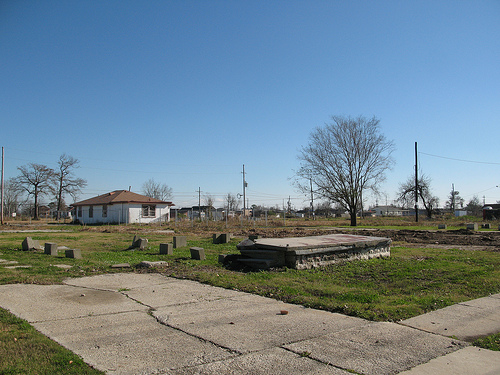 (the foundation and porch where a home previously stood) 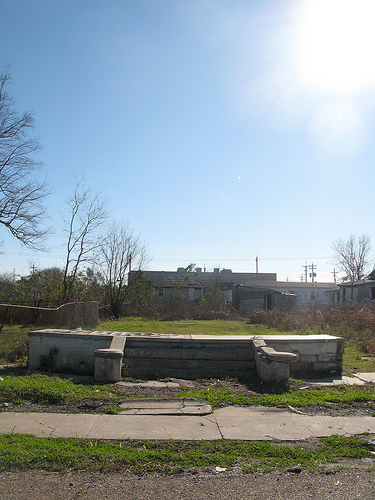 (these steps led up to a beautiful home no doubt) 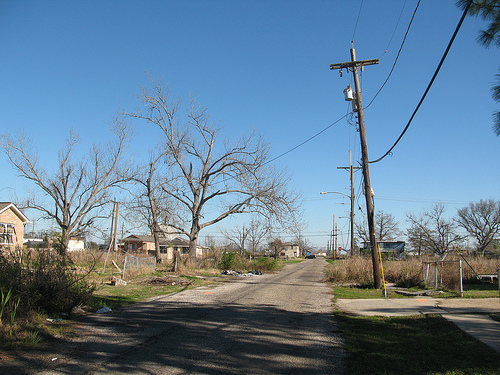 I’m not going to live a life of hypotheticals and say things like “Well if Kerry had been President during Katrina maybe it wouldn’t be as bad as this and blah blah blah” because that still won’t repair the emotional damage or environmental scarring. But it is clear that Bush simply did not do enough at that time.

His logic is both awkward and interesting. The thought that landing a plane would require detailing massive numbers of local law enforcement away from their posts assisting with the relief effort and to his own personal security. When there were already defections and fewer numbers of available law enforcement personnel. But really, landing a plane? That was the best you could come up with? You, in your stupid fucking (oops, there I said it!) plane? You the Decider cum You the Signifier? The Great Hope in the flesh? NO way man. You know you would have been mobbed. You wouldn’t have made it out alive.

So yes, farewell to you too.