When watching movies I have a particular fondness for paying attention to HUDs, terminals, OS interfaces (mock or real), etc. (speaking of: check this out)

So when watching Marvel fanboy-favorite Captain America: The Winter Soldier there’s this one frame (literally, one frame) moment when the Black Widow attempts to access a file on a USB drive while at an Apple store. 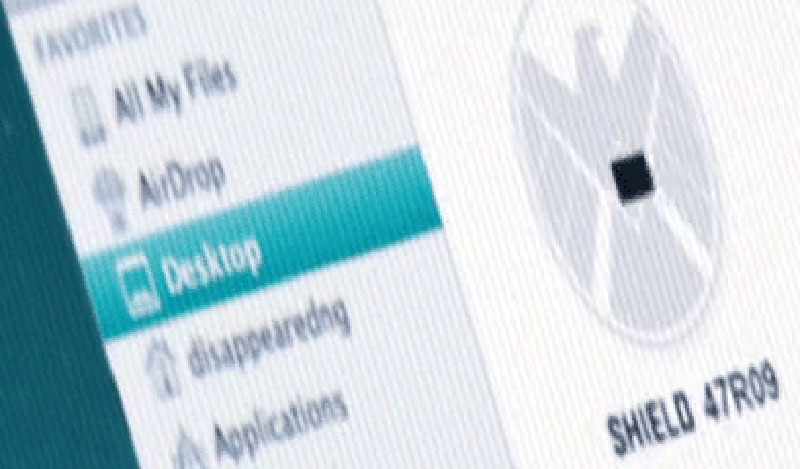 Of note is the name of the file, SHIELD 47R09, which I don’t fathom has any relevance or previous tie to the S.H.I.E.L.D. universe, but I could be wrong. Also note the name of the Home folder, disappearedng, who appears to be a Ruby specialist and enthusiast, but who has little other trace or status online. I’m not trying to pin the user down, but I’m always curious in film and video how and who gets to choose what gets displayed and thus recorded to film. I was hoping for this user to be a little more transparent to ask.