The morning of March 13 I finished some work, including the processing of a video I shot many months earlier in Baltimore, of a model train diorama. I uploaded the (I presumed unoffensive) 90 second video and continued on about my business – coffee, news, etc. Suddenly, at 9:50 AM I received an email with the subject “Your video has been removed from YouTube” – my first thought was “this must be a mistake” followed by: 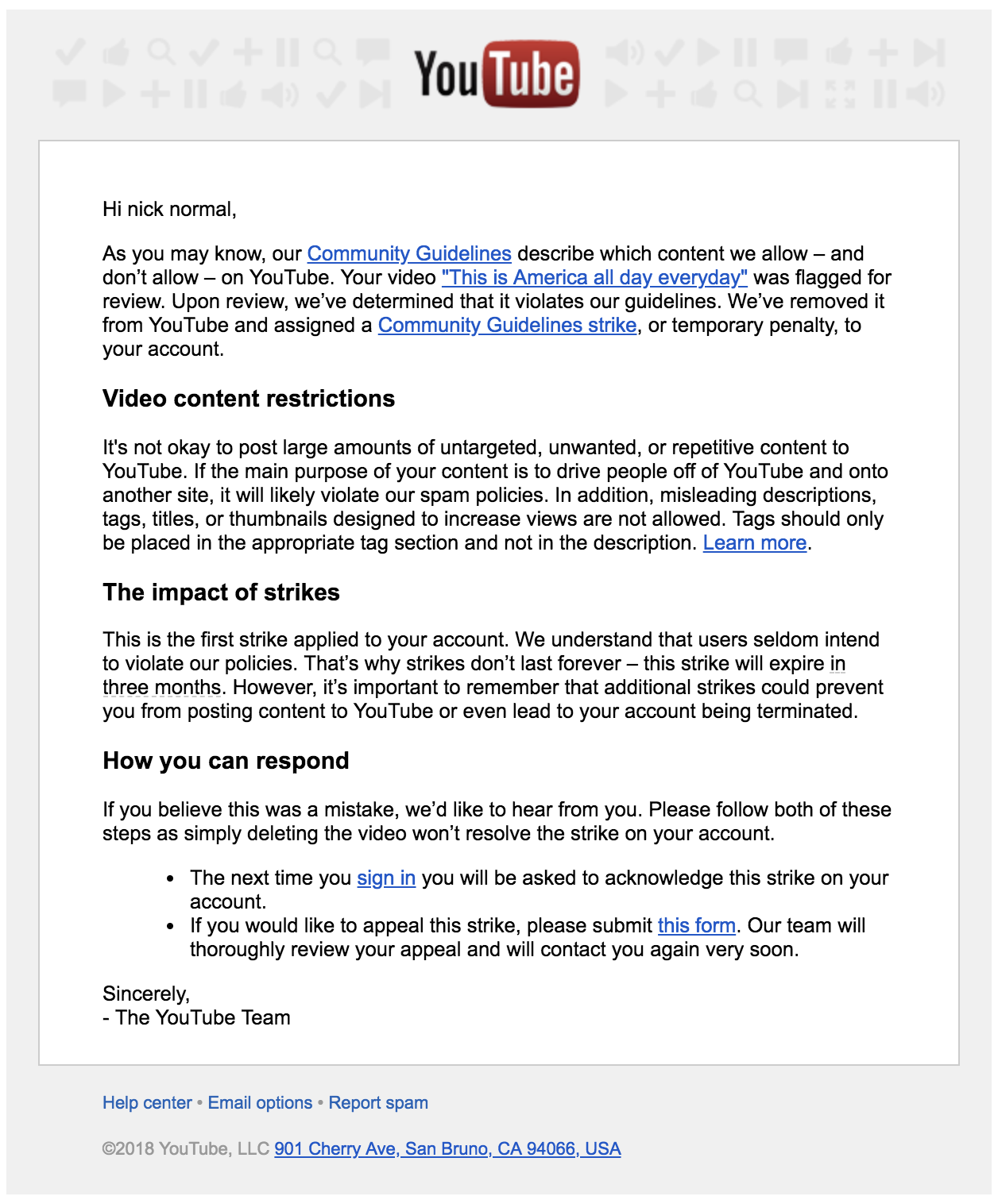 Seriously? A video of a model train environment violates your Community Guidelines?

I have to leave for work in about 20 minutes. I get screenshotting. First up said Community Guidelines, which are still online here:

Reading every line patiently I don’t see anything in those terms that justifies the deletion of my model train video. And mind you as the original email states the video was automatically “flagged” (likely by software, algorithm) but “Upon review, we’ve determined that it violates our guidelines.” In other words “upon review” suggests a human inspected the video and found gross violation of Community Guidelines when a model train crosses over a model bridge, in black & white video.

Inspecting my YouTube account itself, I can no longer even proceed into my account’s Channel until I “acknowledge” this “temporary penalty” on my account. The “ATTENTION” notice concludes with, and I quote, “Our team will thoroughly review your appeal and will contact you again very soon.”

Acknowledging the terms – after taking a screenshot, obviously – I then proceed to my channel to view the actual video. The following ‘violation’ awaits my attention: 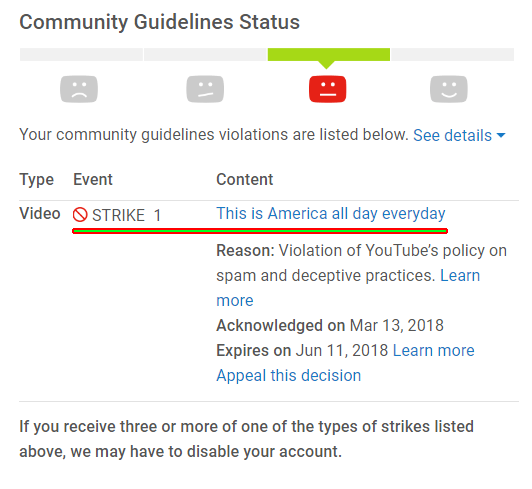 I immediately appeal this whole meshugaas. I have no time to lose or even review what I’ve written, but I know I haven’t intentionally violated anything so the appeal should be upheld. I send the appeal. I now have to leave for work like now – thanks for wasting my morning, YouTube.

Fast-foward to later that evening and: 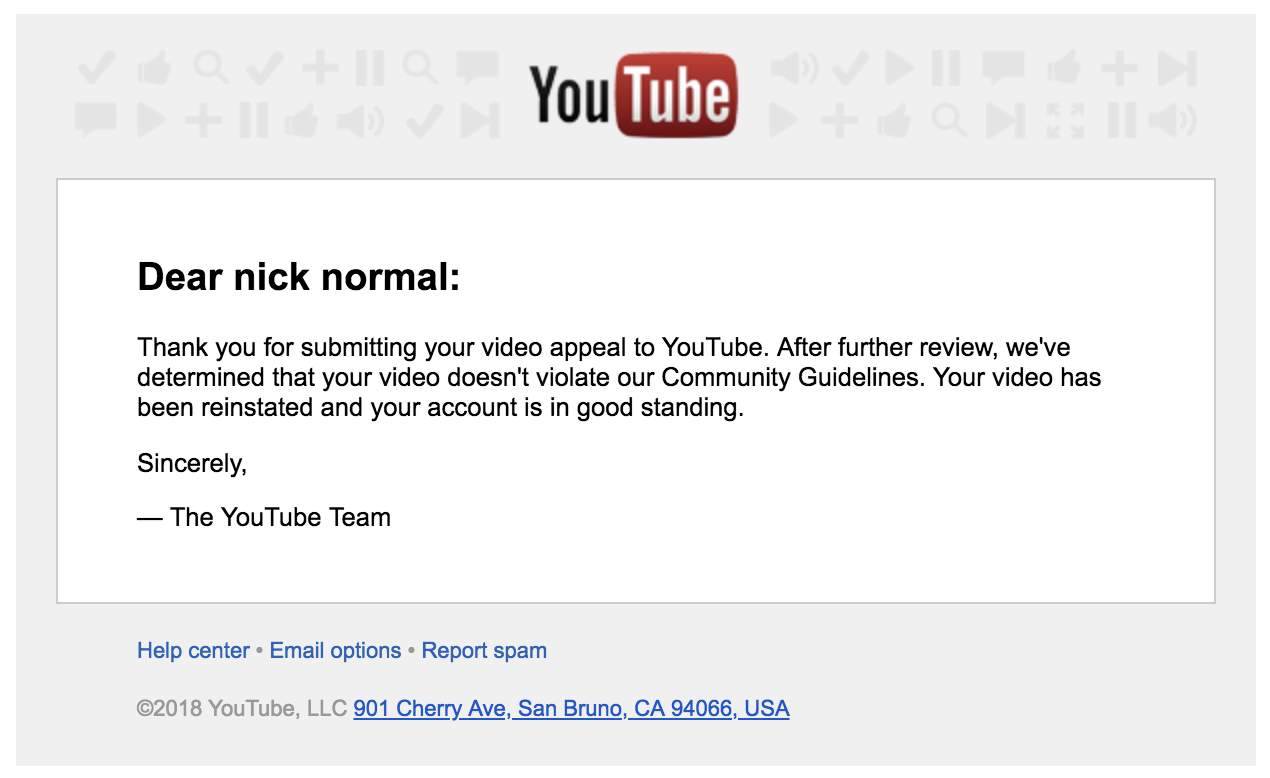 Gee, thanks. It’s a video of a model train environment. The offending video is below – and needless to say my additional (polite) messages to the YouTube and Google teams inquiring about what exact guideline this video violated have gone unanswered,even unacknowledged. It makes one not even want to upload to YouTube, which has grown increasingly fond of money-making ‘stars’ (and their policies) and less interested in ordinary user videos, videos for the sake of, and regular schmucks not out to make a buck off advertising revenue. But what really stings is the language used suggested that a human was involved – “upon review” – which really makes me question YouTube’s internal practices and policies. The whole thing was just stupid – and it doesn’t help that YouTube doesn’t keep tabs on the details or acknowledge the user’s complaint or presence.