so Baltimore has that! #KineticSculpture 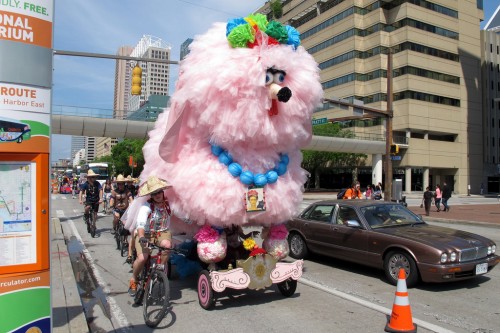 Another annual event to consider, this one is a ton of fun! Interspersed with walks through semi-derelict neighborhoods and vantages of really big bourgeois shopping districts just blocks away from collapsing and reclaimed-by-nature pieces of architecture, this past weekend was the 2012 Baltimore Kinetic Sculpture Race (image, above – with the Jaguar next to it, you can see just how big that pink poodle is!).

I took a bus there and back the same day – totally exhausting and totally worth it. Exiting Marc Penn Station I huffed it down St. Paul’s and made my way to the harbor where I caught a late-morning performance by Batalá, a samba-inspired all-female percussion band. Awesome. Along came the Kinetic Sculptures and I had no idea it doubled as a bike parade for the public too – hundreds of art bikes and regular riders went all along the north harbor to Catton Park (I missed the early morning festivities at Federal Hill, I was on a bus at 6am!). There the sculptures are charged into the water, and have to do a single lap around a 50′ dock – that’s tougher than it sounds! Then they emerge, and continue parading through the city to another park where they’re charged through beds of sand and mud, and must endure yet another leg back to Federal Hill. A multi-multi-hour parade through a city with tons of civic pride, economies of scale (as I call them), and of course great people: 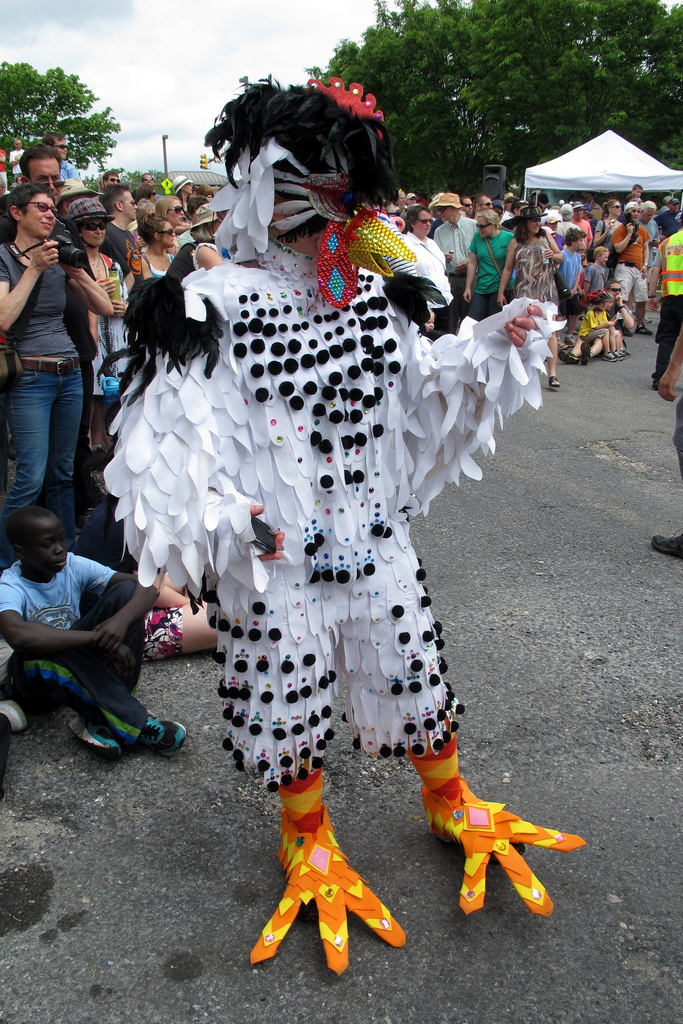 Lots of people were costumed up. 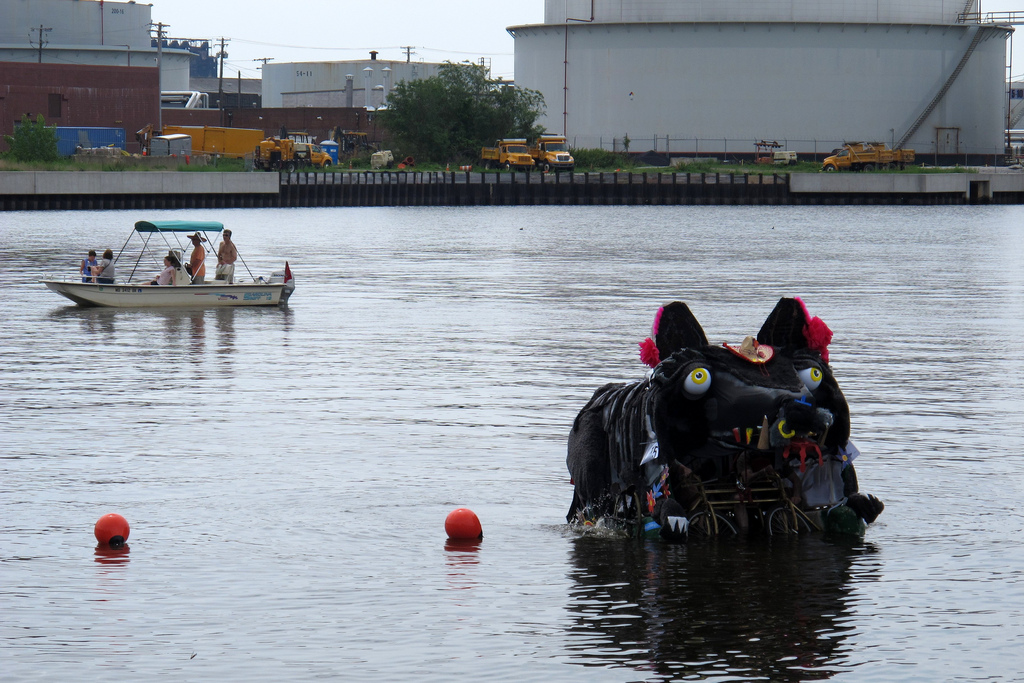 Caption This! A giant rat-bike-boat in the harbor. 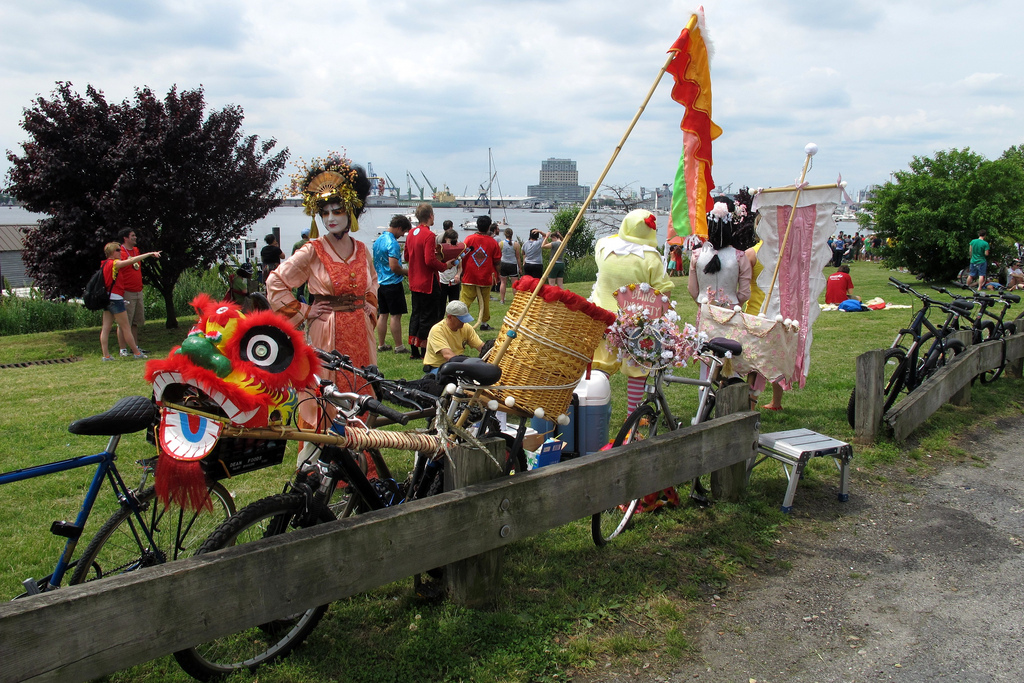 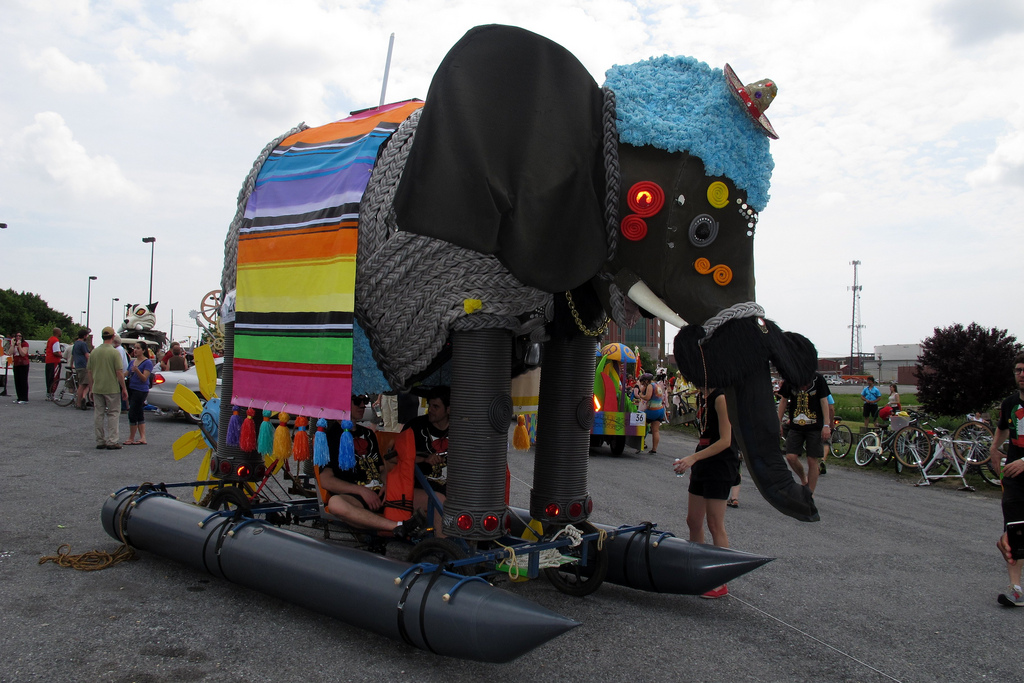 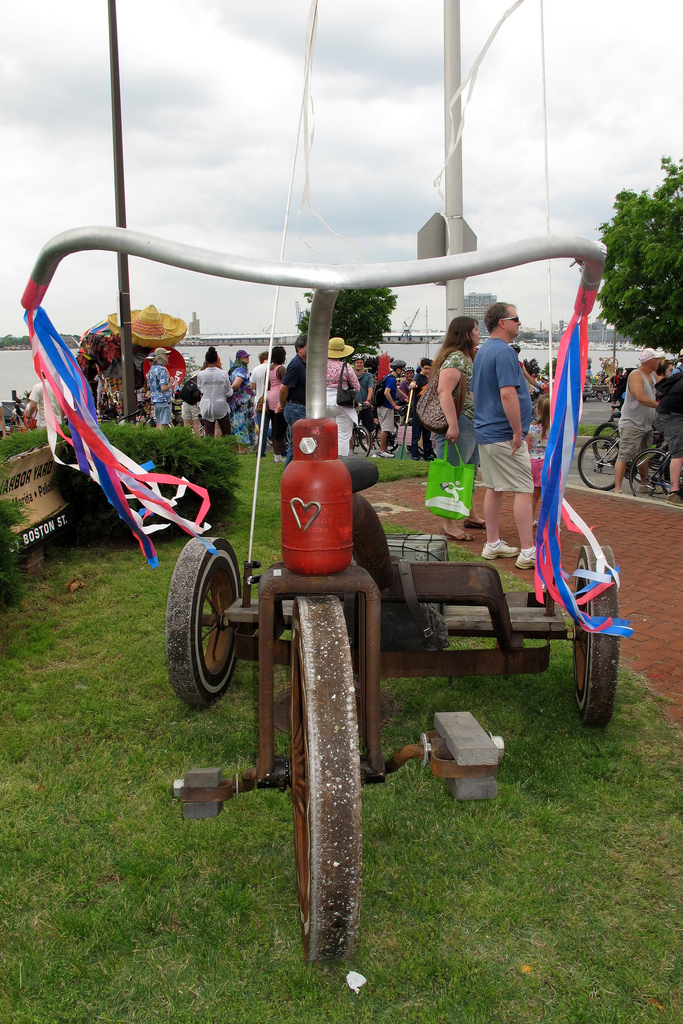 Not everything floats. This big bike is big-n-heavy. 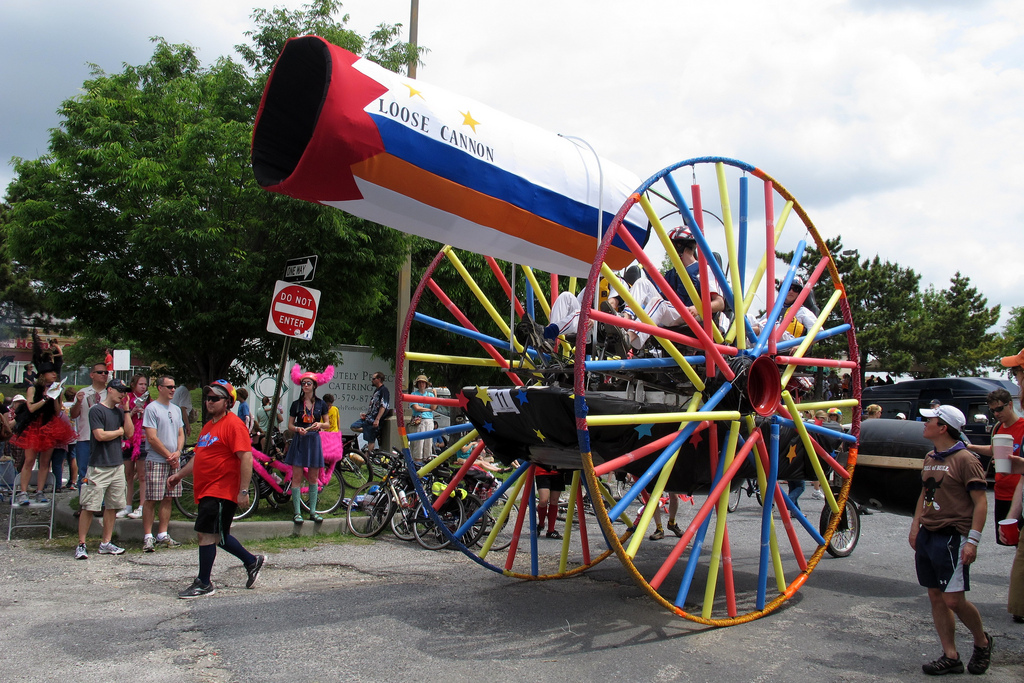 The wheels are 12 foot diameter. 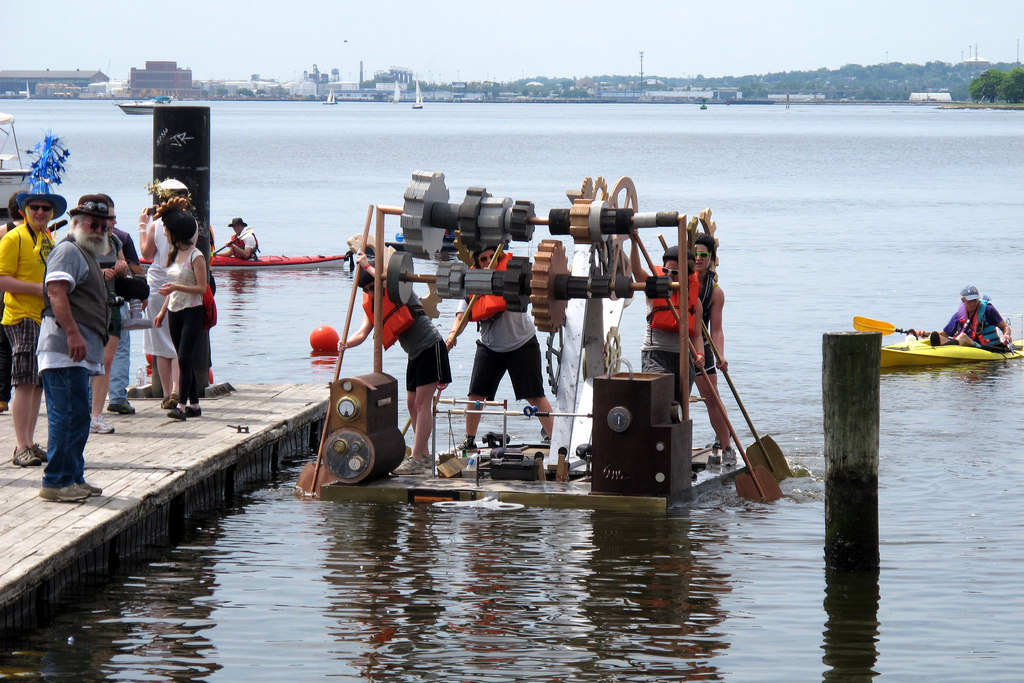 the Machine, being paddled and pedal-powered. 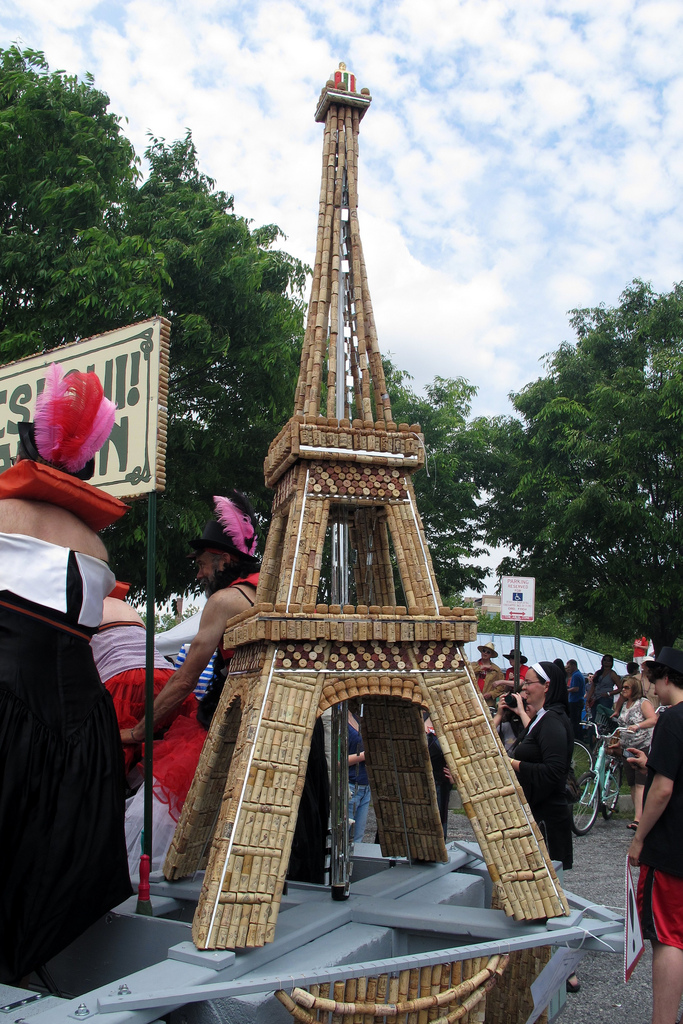 Eiffel Tower made from corks, it floats just in case.

I hiked the whole day, to get a sense of the scale of the city and its environments. I’ll definitely be back – I need to visit the AVA Museum among other sites – and don’t necessarily recommend everyone walks like I did (I’ll do it again, but it’s not for everyone) but highly recommend you mark your calendars for next year!