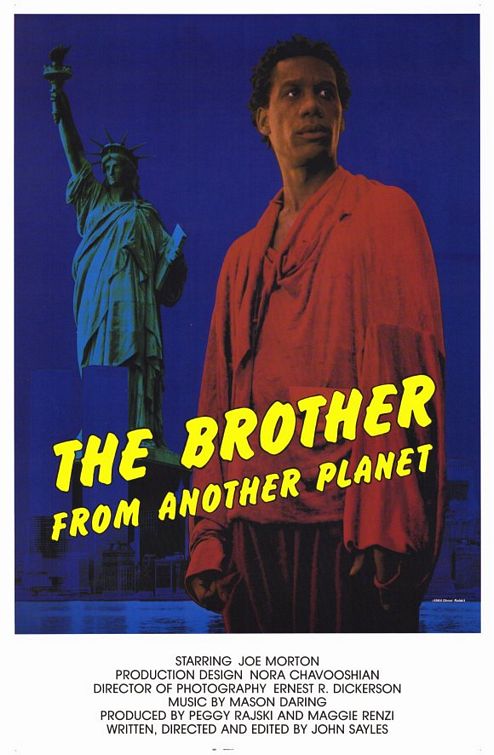 Once again big ups to Astrid’s Buznik blog for the remarkable shots. For the third installment of Sci-Fi July, we watched The Brother from Another Planet, which only one other person in the audience had seen before, but it was pretty unanimous at the end that this was a big hit. Especially for its visuals and street scenes of NYC from the early 80s, but also just because it’s a very fun film, with natural dialog and almost hilarious human elements throughout. My introductory text is below. 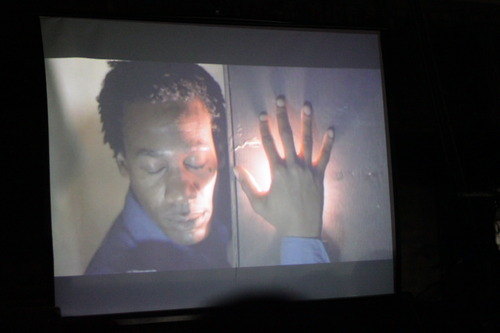 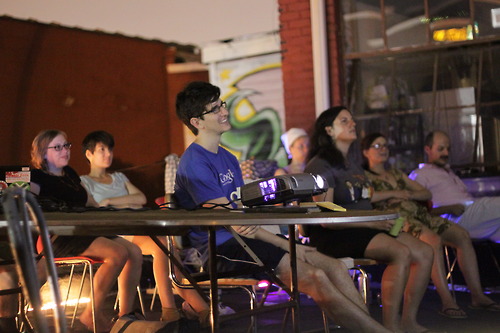 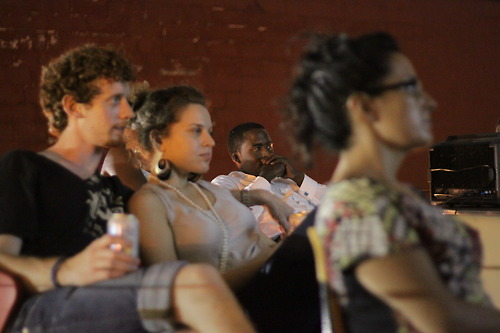 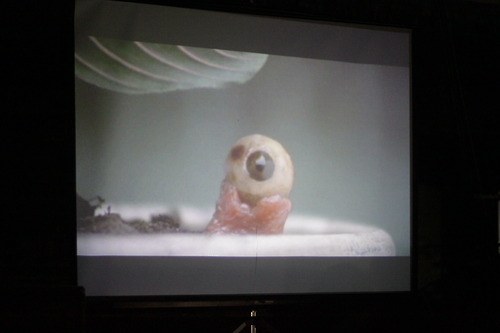 Welcome to the third installment of Sci-Fi July, a rooftop film series of the science fiction genre.

So far we’ve seen a mid-90s film pretending to take place in the 21st century; we’ve seen an early 70s film that was no doubt about it set during the early 70s! In the 90s we were led to believe that a pair of VR gloves and wrap-around shades were all that was needed to “place a long-distance phone call” and enter the computer; in the 70s our spaceship designs were wholly believeable but everything else that we understood about space was a flop – this is understandable given that film was released 6 years prior to the launching of the Voyager I and II space probes.

Although it was not my original plan to choose a film from each of the past 4 decades, it became a natural logical extension to focus on the 80s after reflecting on the impact of the previous two films in this series. The 80s were something of a high-tide for science fiction, immediately after the rise and popularity of space opera. It’s hard to deny the originality and influence of the 80s – movies which Hollywood is now attempting to remake as it runs out of ideas. Ideas like Predator from 1987 whose franchise was attempted to be revived just a couple weeks back, or Tron from 1982 whose game will be updated at the end of this year.

While by no means comprehensive, other notable 80s sci-fi films include:
Blade Runner
Aliens
the Ghostbusters films
Highlander
The Running Man
Brazil
The Abyss
Howard the Duck
Mad Max II
Weird Science
Dune
Gojira
Terminator
Back to the Future parts I and II
RoboCop
E.T.
Maximum Overdrive
and 4 of the original Star Trek films and 3 of the original Superman films

Other cult, anime or fantasy crossover films included:
The Dark Crystal, Repo Man, Cherry 2000, Akira, Flash Gordon, Flight of the Navigator, Tetsuo, Transformers the Movie and Spaceballs – whose tongue-in-cheek style summed up the parody-genre that was also pervasive during the 80s.

The 80s were marked by other extremes, milestones and conditions that the world hadn’t experienced before or since. Without going into details:

Reagan was elected; the first Space Shuttle Columbia lifts off; the Space Shuttle Challenger disintegrates 73 seconds after launch, killing 7 crew; Margaret Thatcher, the first female elected leader of a western country, ruled for the whole decade, and a year before and after; the IBM PC was released and the Commodore 64 became one of history’s best-selling computers; Solidarnosc is founded in Poland; the Berlin Wall fell, or was sledged apart rather; MTV launches; Michael Jackson introduced the Moonwalk; the Simpsons debut; the Nintendo Entertainment System launches in 1983 in Japan and then in 1985 in the US; John Lennon was assassinated; Chernobyl melted; the Exxon Valdez oil spill in Alaska and the accompanying television images and magazine photos brought to popular attention our attachment to the sludge; military dictatorships fell throughout much of South America while they were consolidated in regions of southeast Asia like Burma which became Myanmar under the State Law and Order Restoration Council; and of course the recognition of a new disease, and the ensuing AIDS pandemic.

In short, the 80s were definitely an era that you either experienced or you didn’t, and I’m personally thankful for my time and place in it.

Now of course it’s hard to screen a film on a rooftop in New York City without thinking about New York City. The water towers in the distance, the subways – aboveground – rolling along nearby 31st Street, the honks horns and hollers of this city’s inhabitants. Now these words might immediately evoke images of Escape From New York – whose many scenes were shot throughout East St. Louis and St. Louis where I grew up. But I’m not interested in perceptions of future New York environments, I’m intrigued by real-world street scenes.

And while science fiction is often not employed as a genre to critique or understand the social milieu, what better way to understand the above-mentioned extremes, conditions, perceptions, realities, problems, dilemmas, and blessings of the 80s than via a mute alien who has escaped his captors, crashes in NY harbor, and eventually gets dumped in Harlem where he befriends the patrons of a local bar, thanks to his ability to fix electronics by simply touching them!

Joe Morton plays “The Brother”, who remarkably manages and makes believeable his ability to go for 108 minutes without saying a single word! It is those around him who speak for him, or rather about him and get us to first pity, then embrace the alien inside. A movie whose characters go largely un-named, some are simply social archetypes: Hispanic Man, Islamic Man, Haitian man, Korean shopkeeper, etc.

Interesting moments include two “Men in Black” who perceive NO stereotypes when entering an African-American bar in Harlem, perhaps because as aliens they don’t comprehend such base racisms; an eyeball used as a recording device; some extreme frame-rate arcade game-playing; those steam-pipes in the streets of New York City haven’t changed in over 25 years; encounters with graffiti; intravenous drugs and the Wall Street brokers that sell them; and a remarkable subway card game!

as the tagline of the movie goes:

Welcome to a world of crude beauty… of danger and excitement… of wonders, legend, and imagination… Welcome to Harlem 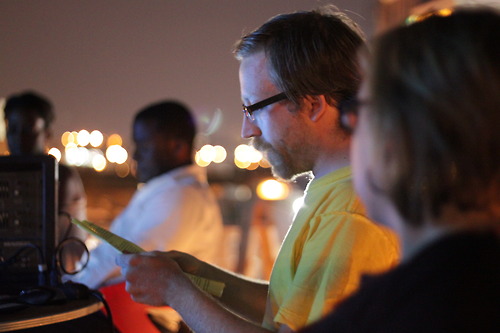