my Bianchi got jacked #BikeTheft

BE ON THE LOOKOUT! 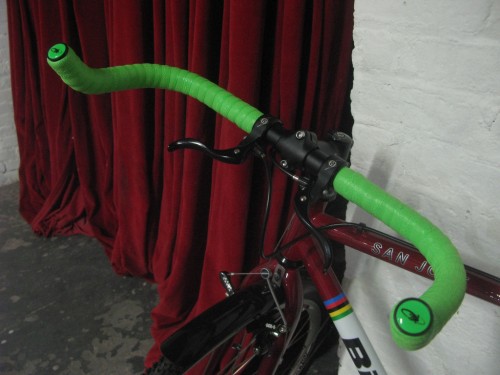 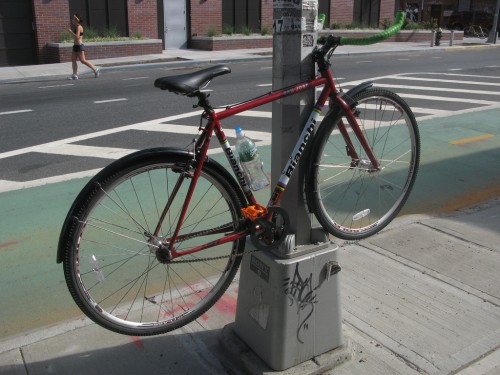 And not just stolen from a light pole or clipped from a bike rack, but someone actually broke into my property, clipping my yard’s gate lock with bolt cutters (ON VIDEO, coming soon!), probably proceeded to poke around my house’s perimeter, and eventually clipped my bike’s lock and rode off into the sunset.

Incident occurred at approximately 3:30pm on Wednesday January 25 in Long Island City, Queens. The very guilty suspect can be seen walking up the street (my landlord has video cameras on the street and on our property, which is set about 45′ back from the street) with a bag of tools, obviously, and the whole thing takes about 5 minutes for his in and out theft. Bikes get stolen, I know that, but it’s pretty shocking that whoever this was was ballsy enough to bolt-cut the lock on the street, in broad daylight. And oh yeah I was home at the time! Anyhow it’s an iconic looking bike: 2010 Bianchi San Jose, shiny red; neon green handlebars and neon orange pedals; if you see it LOCK IT and email me [nick@geekathon.net] or call my hotline [419-NOR-MALS that’s 419-667-6257] with its location!! 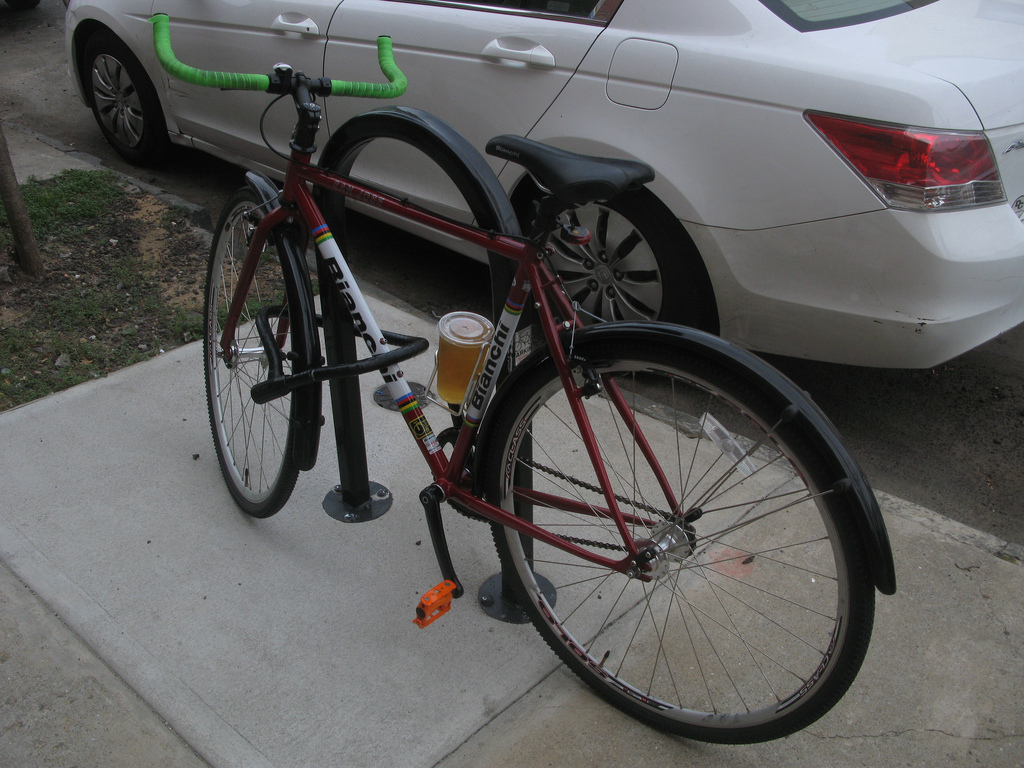 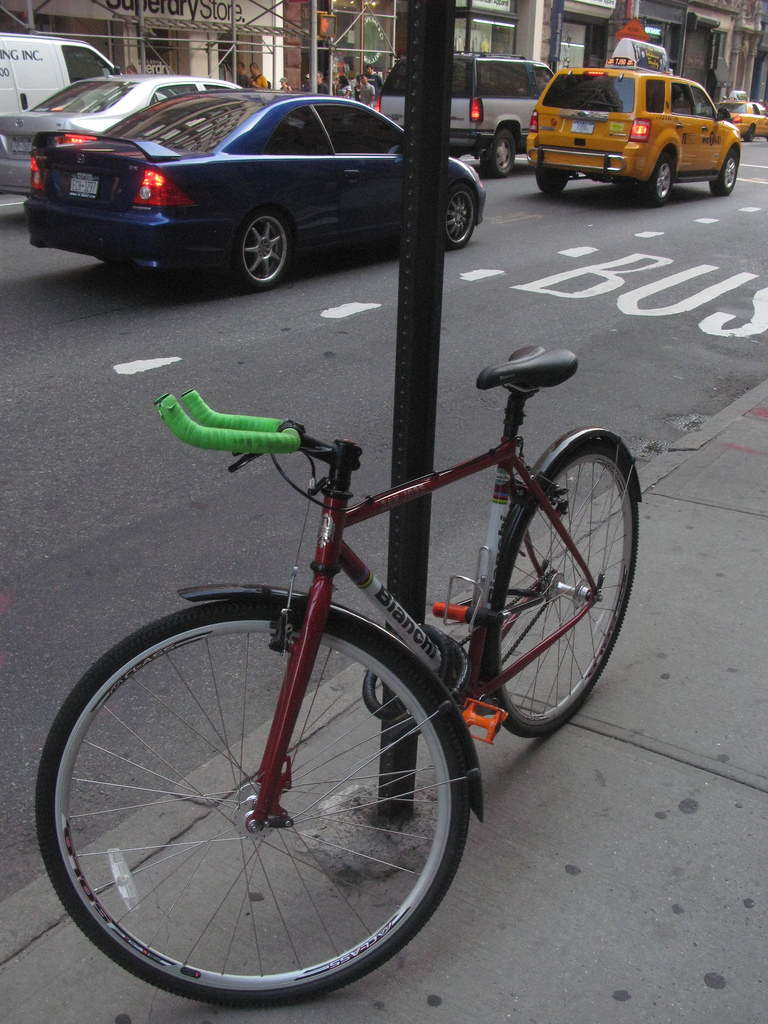