Recently at the big box hardware store on Northern Boulevard in Long Island City, Queens, a guy rolled into the same aisle I was standing in. I say rolled but he was walking, and rolling his bike. There aren’t many options for parking your bicycle at Home Depot – I’m usually the only one in 1/4 mile with a two-wheeler so of course when he was walking down the aisle alongside his bicycle I took notice – I had never seen anyone walk their bicycle directly into the store, and it made sense, actually.

But that was only what lead to the introduction – it was his bike, however, that was the show-stealer. This thing is amazing. A regular mongoose mountain bike, it was upgraded with some serious accoutrements for storage & transportation, and safety. It was the hard-plastic milkcrates on the front and back that first made me pause: 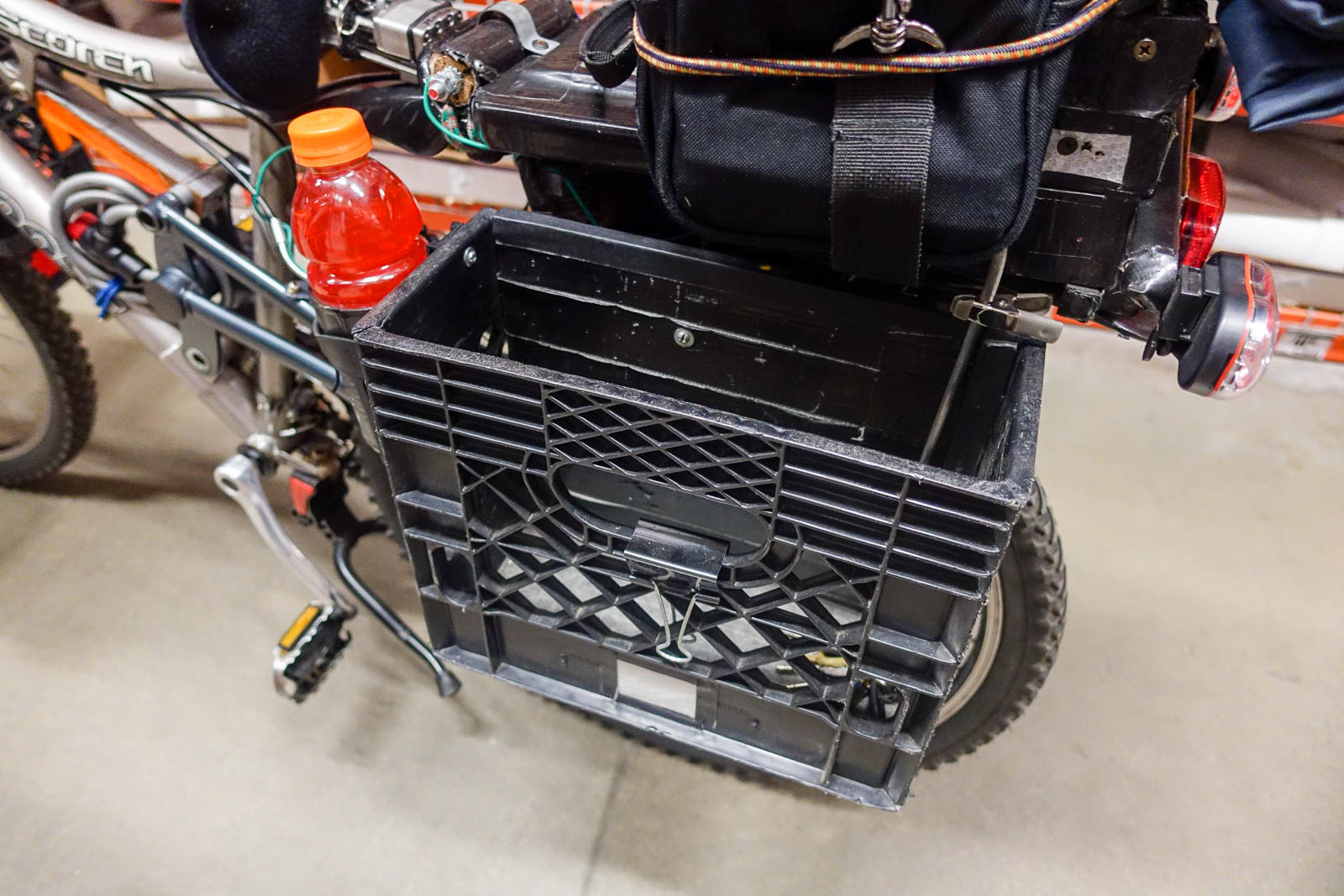 These things are split down the middle, then re-sealed and then mounted to the rack. In the image above you can note there’s silver reflective tape over what would be the logo or name of the crate manufacturer in the bottom 1/4 of the crate – smart touch. The bulldog clips and other clamps and bungees make for quick-fixing or strapping just about any object or thing to his bicycle. The cup-holder is custom. And I hadn’t even noticed the rear lights yet.

A similar system is mounted to the front wheel, for additional quick-grab storage; the entire thing was customized after figuring out the rider’s needs. Also note the reflective tape in various places: 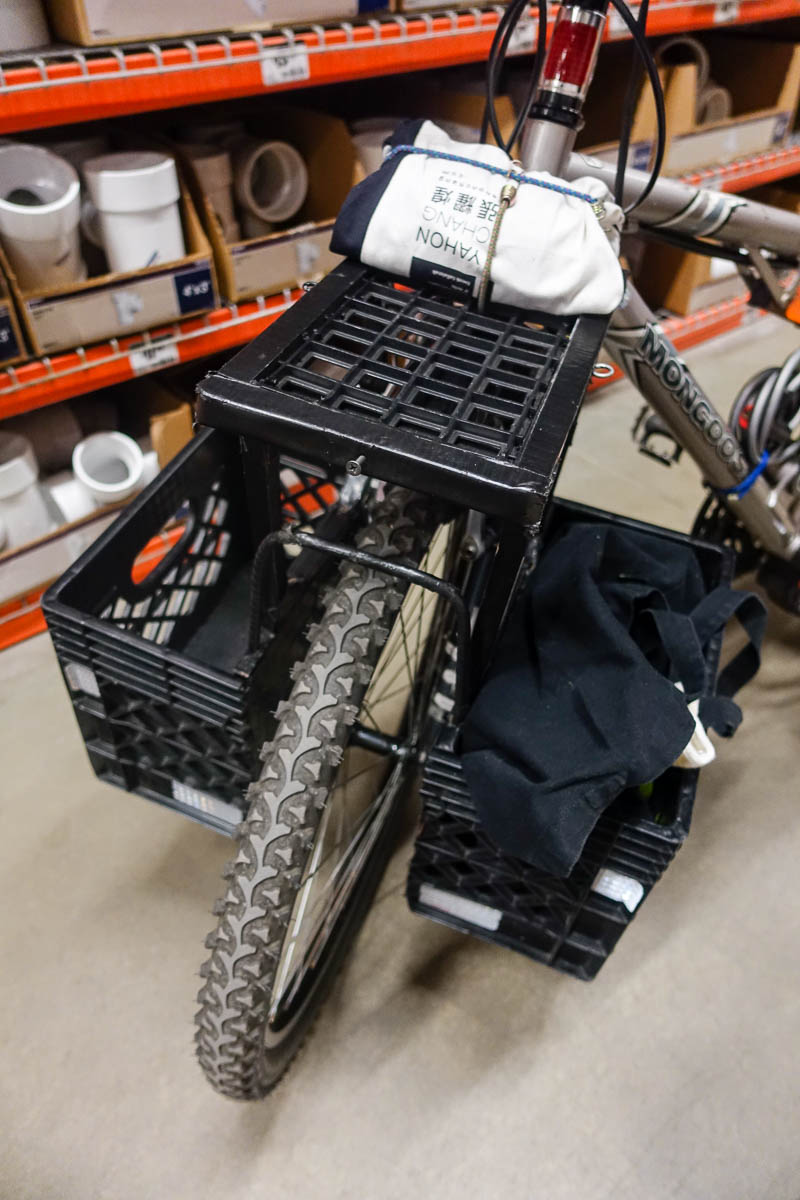 Now this is where things get interesting. At a certain point I noticed some stranded ~16 awg wire and made a comment about a circuit. He showed me this area and told me it was the battery. I didn’t get a full walkthrough due to language barriers but note the wire wrapped around the nuts and bolt:

He showed me how when he grips the rear brake on the handlebars, the articulation of the caliper on the rear wheel moves in such a way that another piece of stranded wire goes inside of a sheath, surrounded by plastic: 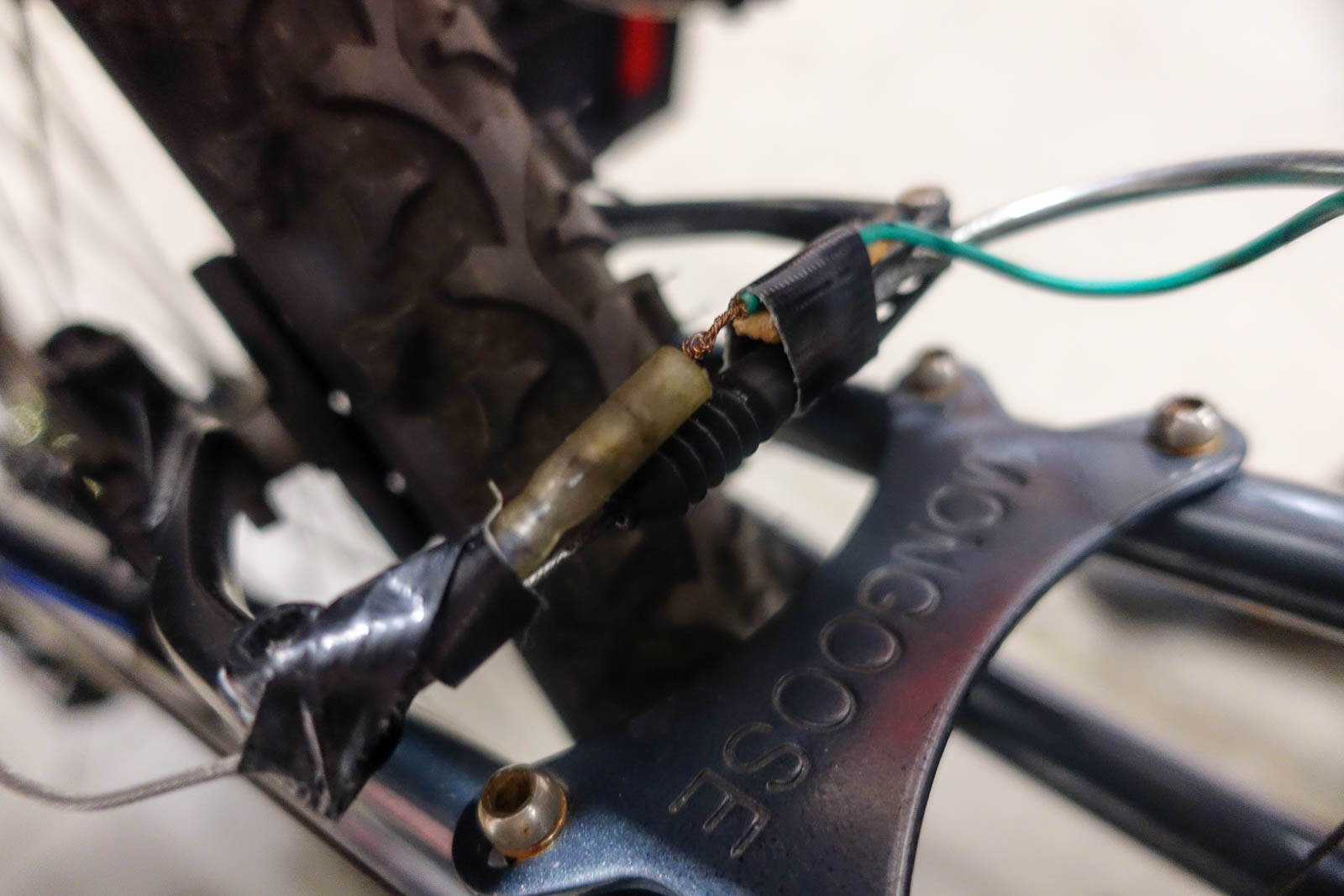 When the stranded wire makes contact with the interior of the shaft, the circuit is complete and the rear brake lights illuminate: 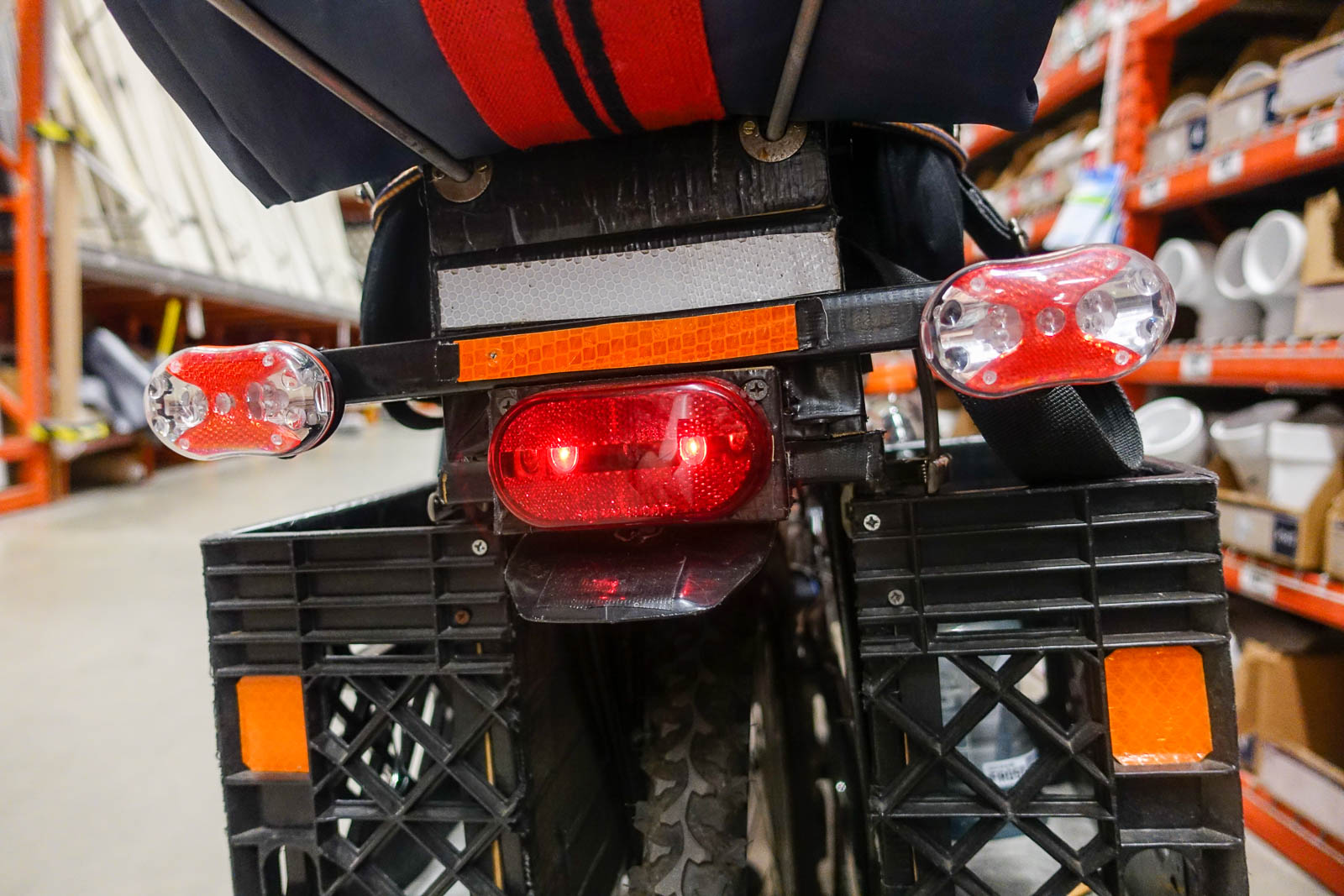 Brilliant!! Homemade brake lights!! And using the articulation of the calipers to create a circuit on his bike – I love it!!

And reflective tape everywhere. Wherever it can go. The whole bike weighed a lot, probably 50lbs. or more – I made mention that he doesn’t live in a walk-up apartment – “No no no, basement.” 😉 New Yorkers for the win!