I love it when my fascination for seemingly disparate things – bicycles, maps, Flickr, WNYC, and community-sourced data – all come together. Contemporary life can be fun like that.

This map crowdsources images of obstructed bike lanes in the five boroughs of NYC to create an interactive map: 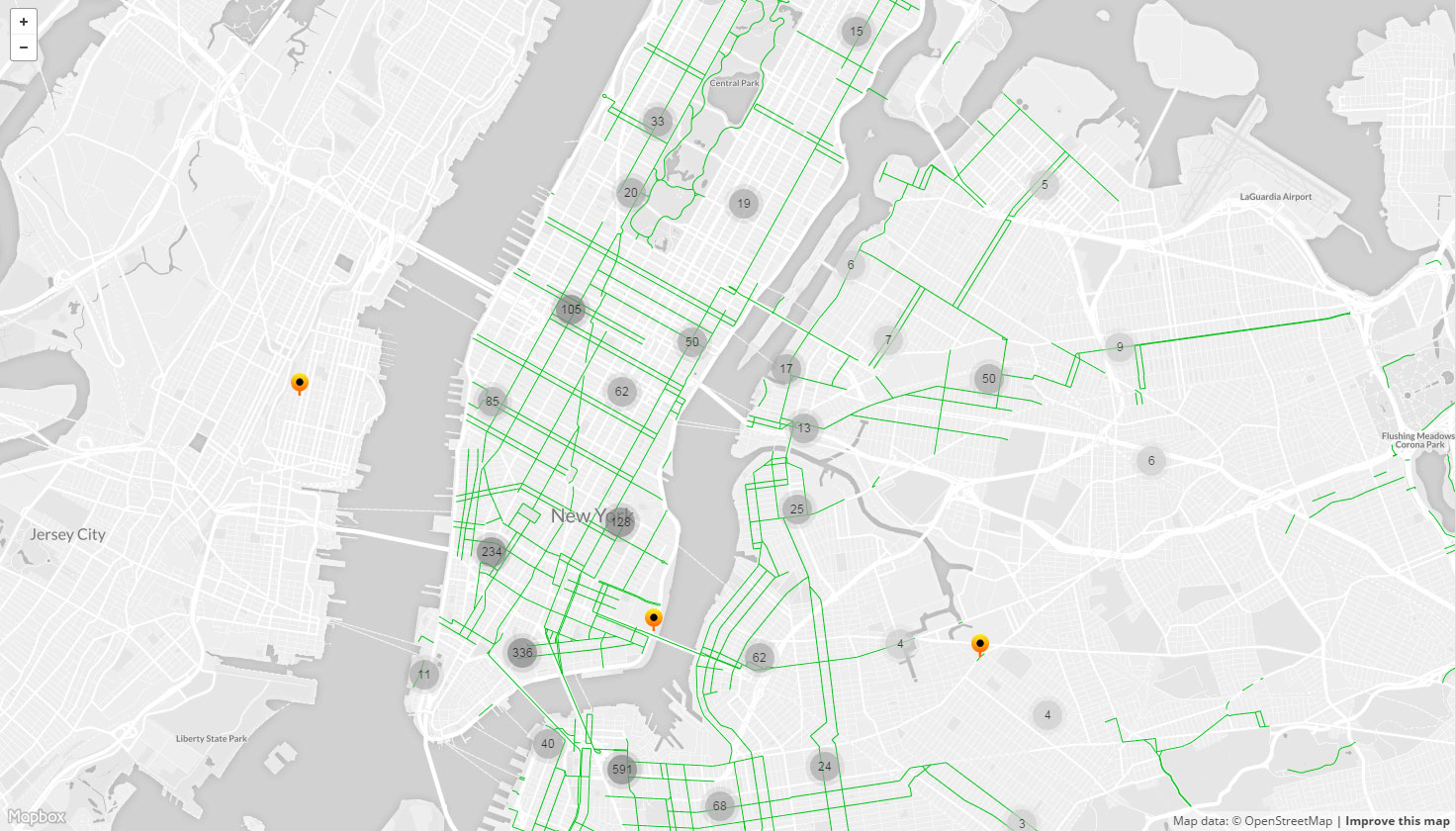 NYC is adding miles of new bike lanes each year, but drivers often use the them for temporary parking spaces for cars, delivery trucks and police cruisers. Sometimes they get tickets. Many times they don’t.

The map provides quick visual markers; you can click any number to zoom in, and click on any marker to see a pop-in image of the obstruction.

And you can see there’s direct causality between the increase in bike lanes and then-obstructed lanes (primarily by vehicles, but also construction debris); you can hover over any number and see the general geographic area that number of photographs cover. For instance Downtown Brooklyn has an astounding 324 images covering just a portion of it’s area: 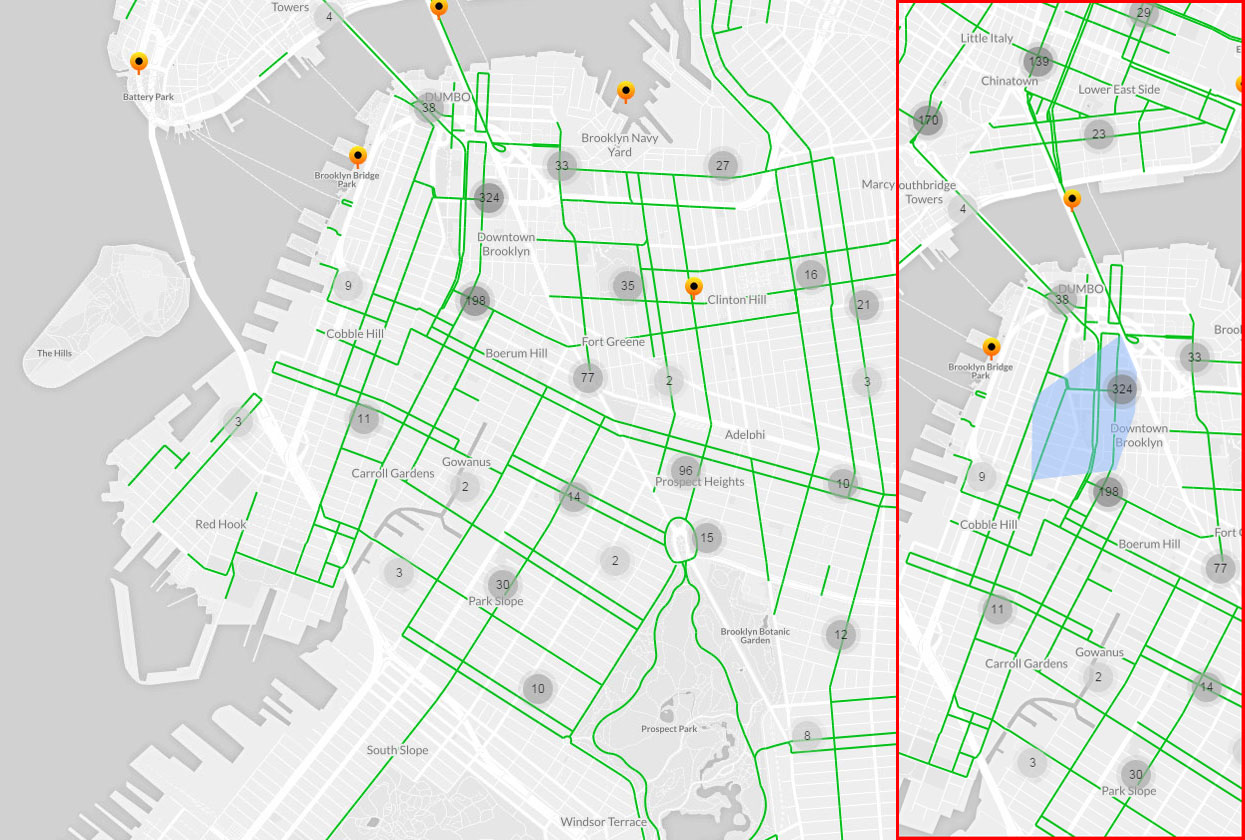 A few of the images require scrutiny, and even suspicion. But some are obvious a-hole-ish moves by drivers, and can only cause alarm for potential accidents involving bicyclists or other drivers alike. For example: 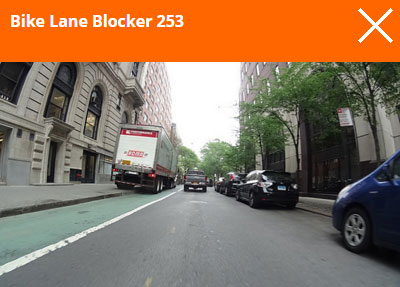 Or this one is just classic, a DoE bus taking up both ways of a two-way bike lane:

They’ve been doing this on Vernon Boulevard in LIC for years; those jersey barriers won’t stop them! For instance I took these shots in December of 2011: 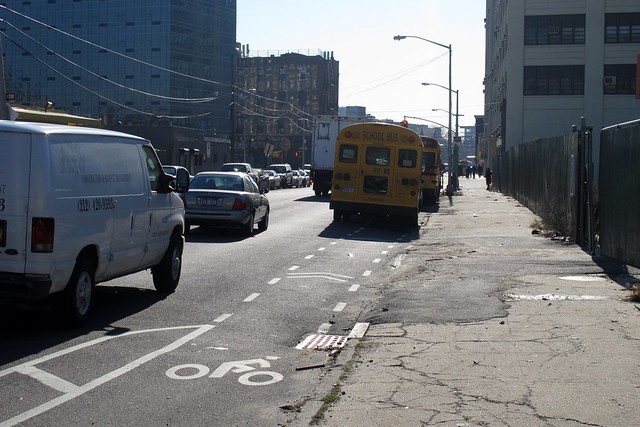 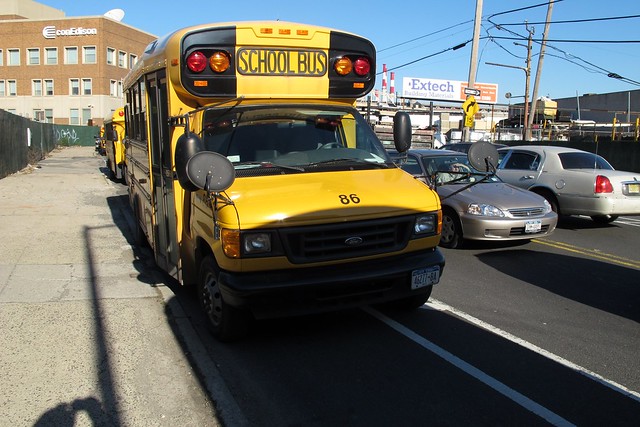 Over 3,500 images in the photostream… 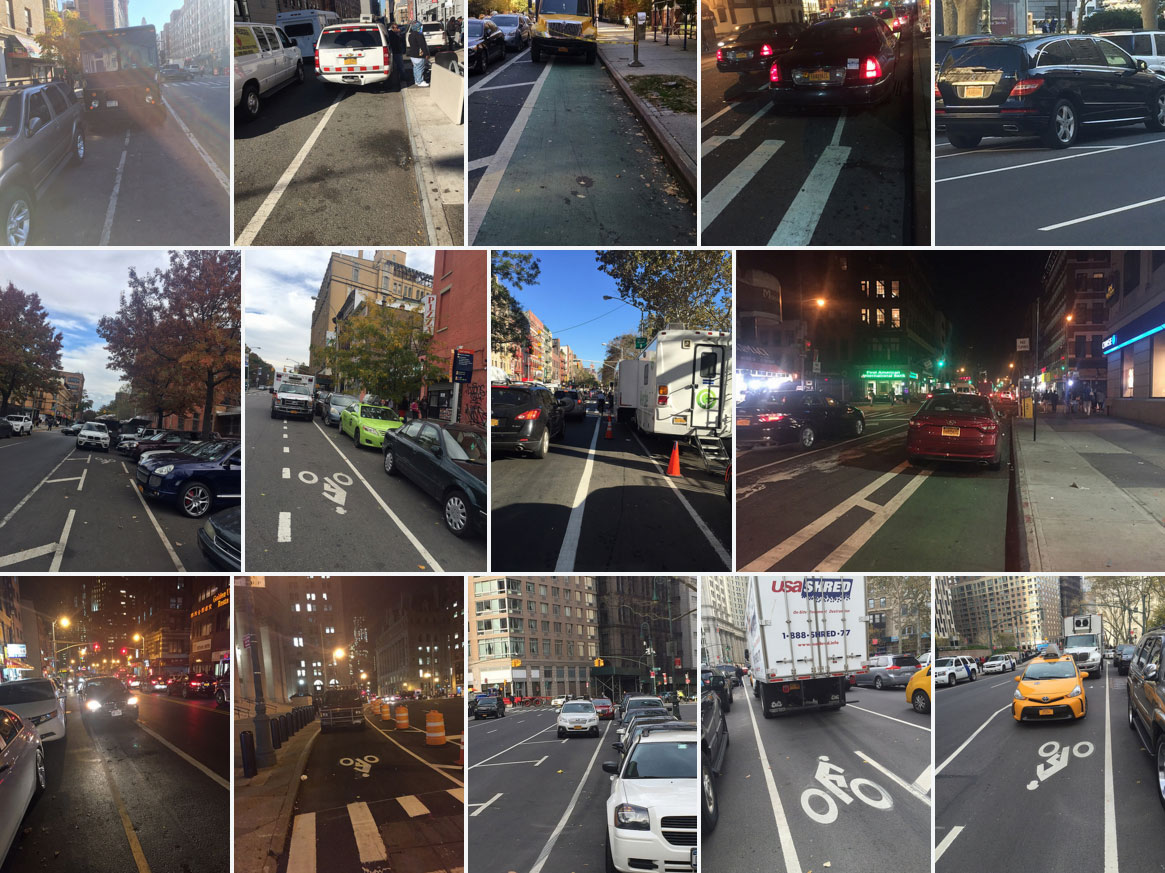 Like I say some are obvious obstructions. And for the ones that do require a bit more scrutiny, well that’s what the Flickr photostream is for, to see those images at full-scale, high-res. Kind of astounding what drivers do … not!

Of course it wouldn’t be a WNYC story without a radio segment. I originally heard about the map from the second of the two audio embeds below. In the first they announce the project – it’s a quick segment. In the second they interviewed Paul Vogel, the main contributor to the Flickr photostream. Responsible for over 700 of the currently 3500+ images, they talked with Paul about what he does, what inspired him, but also how documenting so many obstructions is a drain on his biking soul. Give a listen: